Georgian no longer language of instruction in Gali, Abkhazia

Georgian no longer language of instruction in Gali, Abkhazia 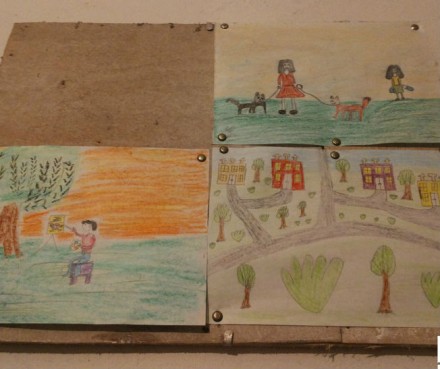 TBILISI, DFWatch–There are now no schools using Georgian as language of instruction in Gali, a part of the breakaway region Abkhazia where 97 percent of the population are ethnic Georgians (Megrelians).

Georgian children have to study school subjects in the Russian language, even those who have poor knowledge of that language. The de facto government of Abkhazia prohibited teachers from explaining the meaning of Russian words in Georgian.

Although Georgian is no longer the language used for teaching other subjects, it is still a separate subject in the schools in Gali.

Nona Shonia, head of Gali Resource Center, told DF Watch that the last two years, the problems related to education in Georgian have become more acute. There were left 11 schools in lower zone of Gali, which had the status of Georgian schools, but from September 2015, teaching began in Russian and first year pupils discovered the Russian alphabet instead of Georgian textbook in school.

Shonia says that this decision complicated the receiving of quality education and violated the rights of teachers and pupils who do not know Russian well.

“It is very hard for children to study and understand subjects in a foreign language. Sometimes even teachers do not know Russian well enough to properly teach them. This caused lowering knowledge quality in children, but it also influenced their psychological condition. Learning by heart in a completely foreign language and understanding it is unimaginable,” Shonia says.

Abkhaz officials unexpectedly attend lessons in schools to check what books and languages are used during teaching.

“Teachers are strictly warned that they have to conduct lessons only in Russian, otherwise they will be fired, they are warned. There have been cases when the teachers were accused of unconstitutional actions for conducting events in Georgia and were dismissed. There were cases when they were forced out of Gali. A few pupils left Gali and crossed Enguri to study in Georgian. According to the Education and Culture Ministry of Abkhazia, in 2015-2016’s first semester 54 pupils left Gali to study here, while 11 left in the second semester,” Shonia said.

While discouraging the use of Georgian in schools, Abkhaz authorities are promoting Megrelian, one of three Kartvelian languages in widespread use in Georgia, and the mother tongue of most of the Georgians who live in Abkhazia, with nearly half a million users. In Georgia proper, only the Georgian language is accepted in public life, schools, mass media and public offices. The Megrelian language is not recognized and it is in practice forbidden to use it for any public purpose, justified by a fear of separatism. As such the Abkhaz language policy is doubly undermining Georgian policy.

Shonia says that earlier it was considered teaching the Megrelian language. In 2013, a Megrelian textbook was printed, but local population rejected the initiative. However, today Abkhazians tell children and teachers that if there is something they don’t understand during a lession, they can translate it into Megrelian but not into Georgian.

A few days ago Dimitri Gvaramia, the deputy de facto minister of education, told local media that they are thinking of introducing an Abkhazian educational program in the lower Gali schools and that according to the plan, in the next 2-3 years teaching in each class will be in Russian.

He said that the reason is that earlier there used to exist education program of Georgia’s education department, which is why ‘children were strongly oriented to get education in Georgia.’
“Today those children have the possibility to study at our university or continue studying with limits. This opportunity will be open for them,” Gvaramia said.

“In 2-3 years, teaching will only be available in Russian,” Shonia says.
The 31 schools in Gali have 4,428 pupils and 750 teachers. 97 percent of the pupils are Georgians, predominantly Megrelians. 672 teachers are Georgian too.

Despite this, teaching is carried out according to old textbooks published in Russia. Georgian books are secretly taken to school. Despite the fear of losing their job, teachers still try to explain subjects in Georgian. Shonia says that apart from teaching it is also prohibited to sing or dance Georgian. In some schools Abkhaz leadership prohibit children from speaking in Georgian in the school yard.