Georgian MP: three out of five pregnant women opt for an abortion

Georgian MP: three out of five pregnant women opt for an abortion 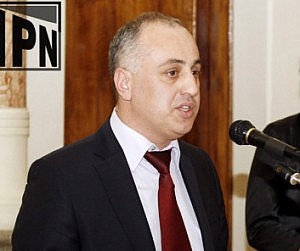 Dimitri Khundadze, head of the healthcare committee in the Georgian parliament. (Interpressnews.)

In 2012, there were about forty thousand registered legal abortions in Georgia. But committee head Dimitri Khundadze stressed that there is no statistics regarding illegal abortions. According to him, three out of every five pregnant women are opting for abortion, and every day 100-150 abortions are performed across the country.

In July, Khundadze presented a bill to amend the criminal code and make the punishment for illegal abortions tougher.

Currently, a person who performs an illegal abortion can be given a fine, 100-240 hours of community service or be sentenced to correctional labor for 1-2 years. If an illegal abortion causes serious medical complications, the person who performed it can have their freedom restricted for up to 3 years, be sentenced to prison for 1-3 years, and their work license suspended for 3 years.

If an illegal abortion results in the death of the patient, the person who performed it can be imprisoned for 3-5 years, and get their license suspended for 3 years.

According to Khundadze, the attitude towards illegal abortions is too liberal in Georgia compared to any other European country. He and his colleague MP Miriani Tsiklauri, both from the Georgian Dream coalition, wants tougher punishment for illegal abortions.

With their bill, there will not be fines for such violations. A performance of illegal abortion will result in 120-300 hours of community service or 1-2 years prison. Repeated violation will result in 2-4 years in prison and suspension of work license for 3 years.

If an illegal abortion leads to the death of the patient, the MPs suggest 4-6 years imprisonment and suspension of work license for 3 years.

Georgia is the leading country in the Caucasus in terms of number of abortions. Figures from the United Nations indicate that the abortion rate per thousand women aged 15-44 is 26.5 in Georgia, 16.9 in Armenia and 11.4 in Azerbaijan.

Interestingly, the CRRC Caucasus Barometer 2013 shows that Georgians are less likely to justify abortions than their counterparts in Armenia or Azerbaijan. 62 percent of survey respondents in Georgia said that having an abortion can never be justified, while in Armenia this number was 46 percent, and in Azerbaijan 36 percent.