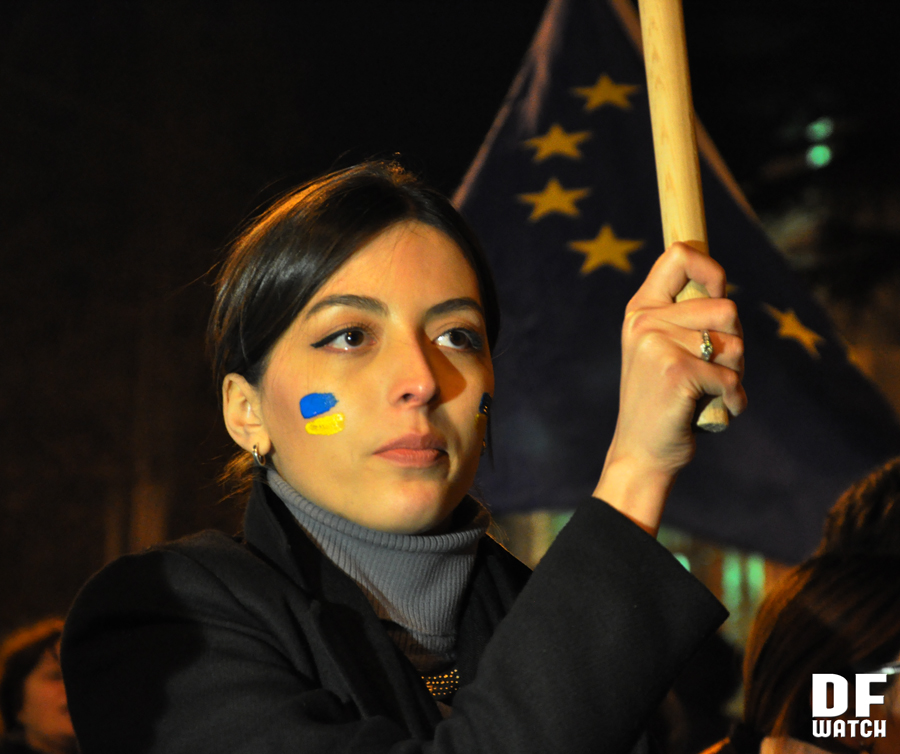 Georgian parliamentarians Thursday expressed concern about the violence in the Ukrainian capital Kiev, as people continued to rally outside the old parliament in Tbilisi to show support. (DF Watch.)

TBILISI, DFWatch–The parliament in Georgia on Thursday passed a resolution expressing concern about the use of force against peaceful citizens in Ukraine.

118 representatives voted for, none voted against. The minimum number of votes to pass such a resolution is 60.

In its statement, the Georgian parliament expresses its condolences to the Ukrainian people and condemns violence in any way, and any escalation of the situation which may lead the country to civil confrontation.

“The Georgian parliament shares the spirits of the statements made by the EU and the U.S. and considers that using force and increased tension cannot lead the country out of its political crisis,” the statement reads.

Parliament calls on both sides to find a way out of the situation through dialogue.

“The Ukrainian government has a special responsibility in this process. It must find all means for starting a dialogue with the opposition and the civil sector in order to defuse the situation and overcome the crisis.”

Parliament expresses solidarity with the aspirations of the Ukrainian people to become a member of the European family, based on freedom, the rule of law and human rights.

“Parliament is certain that Russia will not be able to change Ukraine’s or Georgia’s European choice by forcing us to refuse to sign the Association Agreement.”

Thursday evening, hundreds of people again gathered to show solidarity with the Ukrainian people, this time at the Ukrainian embassy. Protesters showed their objection to recent events in Kiev.

The renewed protests started yesterday and were planned spontaneously through Facebook after reports that several protesters had died in Kiev.