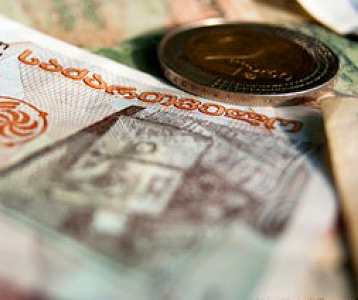 TBILISI, DFWatch–Georgian lari on Friday hit an all-time low at 2.5026 against the US dollar. The previous record was in January this year, when it was valued at 2.49 laris per USD.

Georgia’s National Bank has sold USD 180 million of its reserves
since August, but has not managed to prevent the lari from sliding further.

Acting Prime Minister Giorgi Kvirikashvili said Friday in parliament that the caretaker government ‘also cares’ that the currency rate is affecting people, but compared to ‘other states’, the value of the Georgian currency is less depreciated against the US dollar. He was referring to Moldova, Russia, Turkey, Kazakhstan, Belarus, Ukraine and Azerbaijan.
Kvirikashvili said that the reason why the lari has slipped in value in recent months is increased import.

“Otherwise the level of depreciation which we have now is absolutely adequate to the picture we are facing in the whole region.”