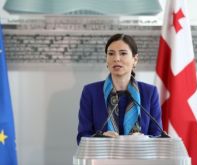 TBILISI, DFWatch–Georgian intelligence is investigating a Georgian-language blog which publishes propaganda material from the terrorist organization the Islamic State, or ISIS.

Georgian users on Facebook Monday shared a link to the website, and called for help to fight against propaganda for terrorism.

The wordpress based blog was created a few months ago and publishes video appeals calling for Georgian Muslims to join them, as well as abusive photos like bodies of the victims of the Paris attacks and daily news from the Islamic State. The website publishes articles in Georgian, Russian, Turkish and Arabic.

Nino Giorgobiani, spokesperson for the State Security Service, Monday told journalists that an investigation has been launched, but she clarified that the investigation concerns other websites with the same type of content.