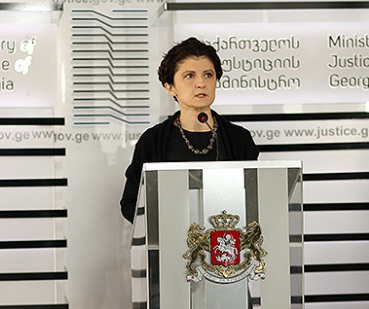 TBILISI, DFWatch–The Georgian government Friday published an agreement between the previous government and the family of deceased businessman Badri Patarkatsishvili about Imedi TV.

The settlement agreement, which is published on the Ministry of Justice webpage, was signed in 2011 and has remained secret until now.

Former Prime Minister Bidzina Ivanishvili also promised to publish the agreement and said at a press conference last fall that the family was paid 400 000 lari (USD 226 000) for Imedi.

Irakli Gharibashvili yesterday promised that the agreement would finally be made public.

Imedi was attacked during anti-government protests in 2007 and shut down. Later it was taken over by a businessman close to government, and its programming changed into becoming pro-Saakashvili, like most of the TV channels.

In March 2010, shortly before the local election, Imedi broadcast what Time Magazine has called one of the greatest hoaxes in history; a fake news broadcast proclaiming a Russian invasion in which Saakashvili’s most vocal opponents were portrayed as enemy collaborators.

After the change of government in October 2012, Imedi TV was returned to the family.

Tbilisi City Court is now reviewing a case against former Defense Minister Davit Kezerashvili and former Mayor of Tbilisi Gigi Ugulava regarding the takeover of Imedi in 2008.

Wednesday, media outlets received a copy of the agreement between the family and the previous government from an unknown source and some of them published the document; however Justice Minister Thea Tsulukiani said it was an ‘unknown copy’.