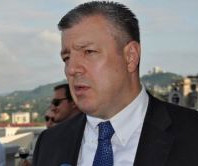 TBILISI, DFWatch–The government in Georgia is preparing to drastically cut the state budget to deal with a 30 percent reduction in value of the national currency.

Presenting the plans Monday, members of the ruling coalition said the budget will be cut by 500 to 700 million laris, which by today’s currency rate is equivalent to between USD 250 and 290 million. The size of Georgia’s state budget for 2015, as it stands, is 8 billion laris, or about USD 3.5 billion.

This is the second time the need arises for a budget sequestration, but the first time it remained as a statement and the budget remained the same. According to financial analysts, this is one of the reason for the depreciation of the national currency.

“Of course, sequestration of the budget is very bad, but there was no other solution right now, and avoiding this step had even worse results,” Roman Gotsiridze, who works on financial issues at the Economic Development Center tells DF Watch.

Since the lari began to fall, the government’s opponents and economic and financial analysts have called on the government to take action. But the government doesn’t pay attention to this criticism and doesn’t even admit that the currency crisis will cause problems for the economy.

One of the recommendations was to cut expenses in the budget. In the beginning of the year, when the lari was rapidly falling, the National Bank said it was necessary to reduce the budget expenses. Government members first responded that they would adjust the budget, but then didn’t, saying that there was no need.

However, a few days ago, the European Bank for Reconstruction and Development (EBRD) downgraded its prognosis of Georgia’s economic growth to 2.3 percent from 4.2 percent in January. EBRD’s prognosis for 2016 is 2.6 percent.

After the report was published on Thursday, Minister of Economy Giorgi Kvirikashvili said that at the end of the second quarter, the budget would be adjusted considering the new prognosis.

Government members now say they have started working on a draft and the budget will probably be reduced by 600-700 million laris.