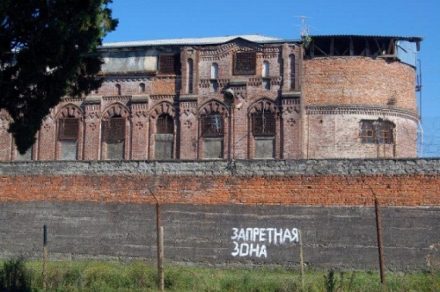 TBILISI, DFWatch–Authorities in breakaway Abkhazia released a Georgian ex-soldier on Monday after serving seven years of a 20 year sentence.

Giorgi Lukava, who was seized by Sokhumi in 2011, was handed over to Georgian authorities at Enguri bridge, the unofficial border between Georgia proper and the breakaway republic Abkhazia.

“Today, on December 25, after seven years of imprisonment, Giorgi Lukava was released from Sokhumi’s Dranda prison. He was handed over to the Georgian side on the Enguri Bridge. Lukava was detained in the village of Zemo Barghebi in Gali district in May, 2011 and sentenced to 20 years in prison,” Ketevan Tsikhelashvili, the State Minister of Georgia for Reconciliation and Civil Equality, said.

This is ‘another positive instance of cooperation on humanitarian issues’ between the Georgian and Abkhaz side, she added, pointing out that previously other ‘our compatriots have been released from Sokhumi and Tskhinvali jails.’

On November 26, another Georgian, Giorgi Giunashvili, was released from a prison in South Ossetia, the other breakaway republic.

Both Lukava and Giunashvili were accused of “terrorist” activities, i.e. for taking part in hostilities.

Giorgi Lukava, a former member of the Georgia army, was reportedly captured in the village of Zemo Barghebi in the Gali district, upon visiting the graves of his children. He was accused by separatist authorities of being a member of a pro-Georgian guerilla paramilitia, Forest Brothers, which was active in Gali and surrounding districts in the 1990s and early 2000s but laid down their arms and was effectively disbanded in 2004.