Georgian Dream wins with 70% of votes in Gardabani by-election

Georgian Dream wins with 70% of votes in Gardabani by-election 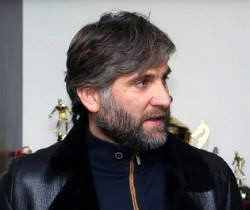 The election was necessary to find a replacement for Garsevan Nioradze, the recently deceased gamgebeli or head of municipality of Gardabani, a town about 45km south of the capital.

There were two candidates; one from the ruling Georgian Dream coalition and one from the former ruling party the National Movement (UNM).

The election environment was peaceful, according to CEC, but there were several reports of incidents outside precincts where groups of citizens clashed and even threw stones at one another.