Georgian charged with murdering mother and son arrested in Greece

Georgian charged with murdering mother and son arrested in Greece 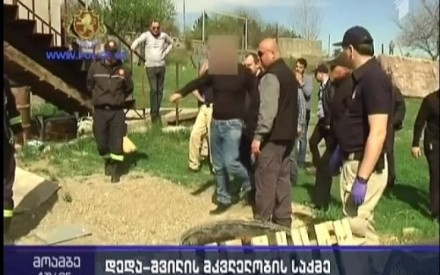 Tbilisi, DFWatch – The extradition procedures have already been started, but yet it is not known when or whether Greece will extradite the suspect.

“I cannot tell you more details,” DFWatch was told at MIA press office.

the suspect Giorgi Kuparadze is at the hospital right now under the supervision of guard. However, reason for his hospitalization is not identified. He was arrested by request of the Georgian side.

Kuparadze is charged for murdering Nato and Guram Kvezerelis back in 2014, and was sentenced to preliminary conclusion by the Tbilisi City Court in absentia on April 2, 2016.

Another person, who is also charged for this murder is Vasil Goshadze who was detained in Georgia earlier. Both are charged with 109th article of the Criminal Code – Aggravated Murder, and may face life time imprisonment.

Body of Nato Kvezereli, 48, was discovered in her flat in Tbilisi on December 17, 2014. His son, Guram Kvezereli, 28, was missing until recently.

The murder case was solved thanks to the plea deal. Vasil Goshadze, who was arrested for drug dealing last December, give testimony about this case in exchange to ease his sentence. Georgian legislation is very harsh in this regard and drug dealers may face long-term terms in jail and even life-time imprisonment. Goshadze revealed the place where body of Guram Kvezereli was buried and police exhumed it. The dismembered corpse was buried in a barrel at private plot of land in Kojori, Tbilisi suburban area.

The motive of the murder was connected to the job of Guram Kvezereli, who was car trader. He was lured by the two suspects in Kojori supposedly for a car deal and murdered by ‘cold steel’. They put the body in a barrel and buried it underground in the garden.

Afterwards, they came after his his mother, Nato Kvezereli, to her flat and murdered her as well. They stole USD 12,000 from the house, as well as two guns registered on the name of Guram Kvezereli, computer and some personal items.