Georgian beach resort on the Black Sea hit by flood

Georgian beach resort on the Black Sea hit by flood 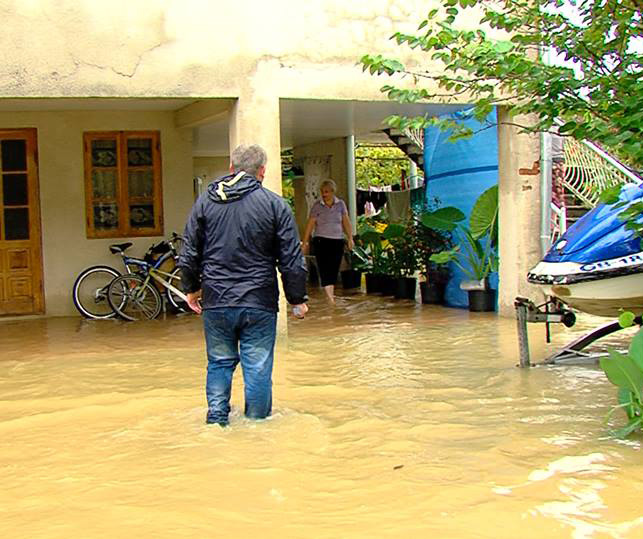 The flood water was one meter high and rising, locals said Sunday. (Interpressnews.)

TBILISI, DFWatch–The Georgian Black Sea resort Ureki was flooded after heavy rain on Sunday. Part of the population is leaving the place and requesting help from the government.

Tens of houses were flooded, and a landslide has blocked the roads.

Kote Sharashenidze, head of the local government in Ozurgeti, told journalists that emergency crews were trying to help the population all night, but due to the scale of the disaster their resources aren’t sufficient and they have asked other regions for help.

“The counting of loss will not start until the clean-up work is finished. Meanwhile, a special commission will be set up for this,” he said, adding that the damage will not be small.

The rain has not stopped and is making it difficult for the population to remove water from the basements of their houses, hotels, schools and other facilities.

Locals say the water level is already higher than one meter and rising. The landslide brought down trees, destroyed cornfields and killed poultry.

Electricity has been cut in Ureki for safety reasons.

There is a traffic jam at the main roads in Ureki, as most of the visitors and some of the locals are leaving.