Georgian artists are not welcome in Britain

Georgian artists are not welcome in Britain 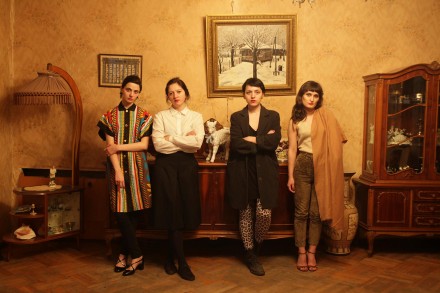 Tbilisi, DFWatch – A group of Georgian artists, invited to perform a play about immigration in the international theater festival in the UK, got their visa applications rejected.

Mareike Wentzel is a German actress and performance artist, who frequently visits Georgia and works on various art projects here. She was the one to encourage her former students from the Center for Contemporary Art, the New Collective, to send an application to the Flare festival in Manchester.

Their performance about problems and stories of female immigrants in England,  was one of 23 selected for the emerging artists’ festival out of 300 applicants.

But, despite having an official invitation letter from the festival organizers, the New Collective got rejection letters instead of visas to the UK.

“I am not satisfied that you are a genuine visitor to the UK and will leave the UK at the end of your visit or that you have sufficient funds available to cover your costs whilst in the UK without working or accessing public funds,” reads the letter from the UK Visas and Immigration office.

“We were all aware of the fact that the UK has very strict visa regulations, but didn’t expect that our performance (about immigration)  would become reality even before entering the UK,” said Wentzel.

But neither her nor the organizers of Flare are giving up yet. After addressing the U.K. embassy in Tbilisi, they got an answer that the group can reapply, but they still need to show evidence that they intend to come back to Georgia after the festival.

“This is ridiculous. First of all, they have been invited and without that invitation probably wouldn’t have considered traveling to the UK and secondly how could you possibly prove that you will return?” asks Wentzel.

She and the organisers of the festival now are collecting statements, verifying the artistic integrity and achievements of each member of the group. They hope that this will allow to prove to the British bureaucrats that the artists are going to perform, and not to immigrate in the UK.

The organizers of the Flare festival have also created an online petition, addressing the UK Home Secretary Theresa May and asking her to accept letters, verifying the performers’ artistic integrity instead of their financial statement and grant visas for them. The petition has over 1300 signatures, after the Guardian published a blog post about it.

The UK is not a part of the Schengen area and has its own requirements for visas.

The current Conservative government has stated in its recent election manifesto that they aim to keep net migration down to the tens of thousands and make it more difficult for EU immigrants to claim social or housing benefits, which results in stricter visa control and issuance.