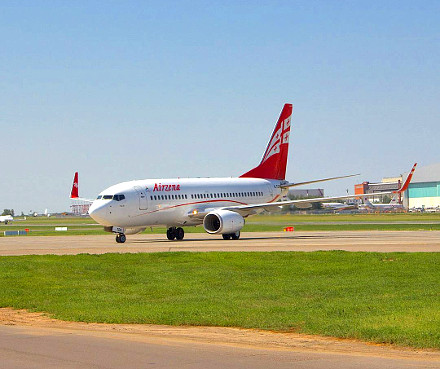 TBILISI, DFWatch–No-one was injured when a passenger jet belonging to Georgian Airways went past the end of the runway at Moscow’s Vnukovo airport on Sunday after landing.

The Boeing-737 had just arrived from Tbilisi with 106 passengers and six crew members on board.

The incident occurred after the plane landed and was on the way to the gate.

The airline is sending another airplane to Moscow to carry out the return flight back to Tbilisi.

“The plane rolled past the taxiway. No-one was hurt, and now the aircraft is being evacuated,” the press service at Vnukovo airport said, adding that it didn’t affect work of the airport.

Georgian Airways said the passengers were not in any danger. The company also known as Airzena is now looking into the reasons for the incident.