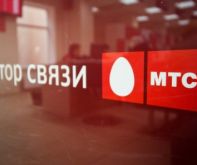 GNCC has repeatedly monitored the radiofrequency spectrum in the conflict area; last time was on November 1.

The monitoring showed that MTC has perfect coverage in the villages Ergneti, Ditsi, Dvani, Nokozi, Arbo, Mereti and Tergisi, which lie in the Shida Kartli region.

GNCC says in a statement that the monitoring also showed that several stations are located in Tskhinvali, a town and the center of South Ossetia, and nearby Tskhinvali, but the mobile operator wasn’t identified in these cases.

“GNCC continues work in order to reveal specific subject which violates legislation of Georgia in order to establish sanctions defined by the law,” the statement reads.