Georgia to hold second round of parliamentary election Oct 30

Georgia to hold second round of parliamentary election Oct 30 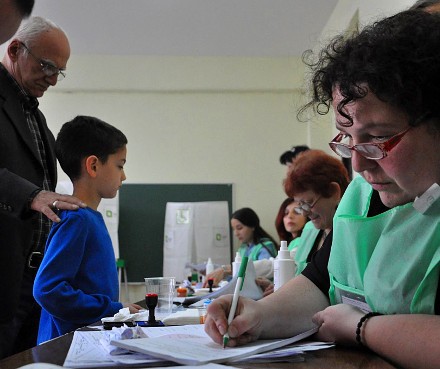 TBILISI, DFWatch–The date for the second round of Georgia’s parliamentary election has been set to October 30. 50 election districts will vote for single seat candidates for parliament, the Central Election Commission (CEC) announced.

Candidates for the ruling GD and the competing UNM are facing each other in most of the runoff elections in  single seat constituencies.

October 22, there will be a repeat election in three districts where the voting process was interrupted by irregularities on October 8.

These are the 48th precinct in Marneuli and the 38th and 108th precincts in Zugdidi, where the election for head of municipality, or gamgebeli, also was cancelled because of irregularities.

Three parties managed to surpass the threshold for proportional representation in the October 8 election: Georgian Dream with 48.68%, National Movement 27.11% and Alliance of Patriots 5.01%.