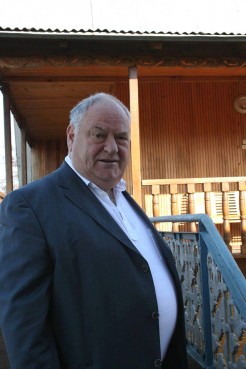 TBILISI, DFWatch–There will be this a by-election in one election district in Georgia to elect a replacement for a majoritarian member of parliament who passed away.

Nauli Janashia, 68, represented Martvili, a town in the western Samegrelo region, for the National Movement.

Janashia served as an MP also in 2008-2012, when he served as secretary for the National Movement faction of majoritarians.

Parliament issued a short letter of condolences to his family and relatives. He was suffering from cancer.

More than a month ago, an MP from the ruling Georgian Dream coalition, Tamaz Avdaliani, passed away due to illness. Since he was elected through a party list, the next person on the list – Luka Kurtanidze – replaced him in parliament without the need for a by-election.

About a week ago, the oldest member of the Georgian parliament, Giorgi Ochiauri, retired for health reasons. He represented the National Movement. He was also selected from a partly list, so his successor will be the next on the party list.

The UNM also needs to replace Davit Sakvarelidze, who was appointed as Deputy Chief Prosecutor in Ukraine’s new government.

The by-elections in Martvili will most likely be held in October.