Georgia to help Kyrgyzstan get access to the EU market

Georgia to help Kyrgyzstan get access to the EU market 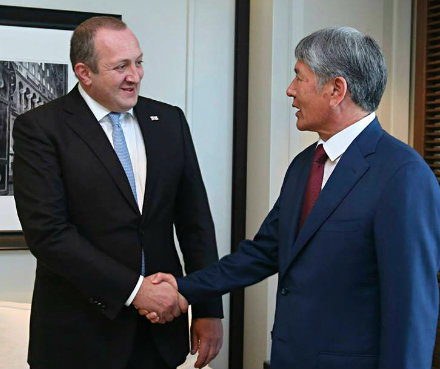 He said this while discussing bilateral relations with Kyrgyzstan and possible future economic and trade cooperation with the president of that country, Almazbek Atambayev, on Monday.

The meeting took place during a conference called ‘Special Meeting on Unlocking Resources for Regional Development’, which was organized by the World Economic Forum in Istanbul September 28-29.

In addition, the two presidents talked about regional security issues connected to events in Ukraine and ISIS.