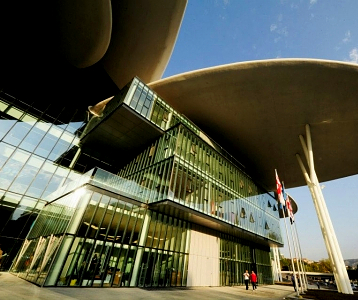 TBILISI, DFWatch–Georgia is introducing a new law from January 2017 which will lead to a 1,000 fine for any official who fails to file or files incorrect asset declarations.

There is currently no mechanism for reacting to incorrect submissions of asset declarations. Although there is an article in the Criminal Code outlawing incorrect declarations by officials, there doesn’t exist any monitoring mechanism. Violators are therefore not fined or otherwise punished.

When the new monitoring mechanism comes into force on January 1, the public service bureau will begin to check the content of asset declarations. If mistakes are found, the person will be punished with a fine of 1,000 laris, but if there are discovered signs a criminal violations, the case will be sent to the Prosecutor General’s Office for further investigation.

Transparency International Georgia claims to have documented that former and current members of government have not properly filled in their asset declarations, but despite reporting on this many times, the authorities didn’t react.

Attention was brought to this issue last week, when a series of journalistic investigations were published about 72 politicians and high ranking officials in many countries, known as the Panama Papers. One of them concerned Bidzina Ivanishvili, a Georgian billionaire who served as prime minister and created the Georgian Dream coalition. The investigation revealed that through several other companies, he is owner of Lynden Management, a company registered offshore, but failed to list it in his asset declaration.

According to the law, punishment for improperly filling in asset declarations is from 120 to 200 hours of community service or deprivation of the right to hold a official position for three years, but since there is no monitoring mechanism, nobody has been punished for this type of violation.

Lawyers claim that even though Ivanishvili doesn’t directly own Lynden Management, he should have put it in his declaration. He violated the law, but he cannot be punished.

Sulkhan Saladze from Georgian Young Lawyer’s Association explained to us that even though Ivanishvili violated the law, the statute of limitation for this law is only two years and for this particular offense it expired on December 31, 2015.

Erekle Urushadze from TI Georgia says that in 2014, their organization published a report which showed that Ivanishvili’s family owns a number of companies in Georgia through offshore companies and the former PM didn’t include them in the declaration. The organization listed the names of the companies. http://www.transparency.ge/sites/default/files/post_attachments/Who%20owns%20Georgia’s%20media,%2016%20April%202014_0.pdf

The same year, TI Georgia carried out a study which revealed that at least nine members of parliament filed incorrect asset declarations; two of them members of the former ruling party, the National Movement, and the others from the GD coalition.

This issue attracted the attention of people only once in 2014 when media reported that the leader of the parliamentary minority Davit Bakradze had 279,849 pounds in his bank account which he didn’t include in his asset declaration. An investigation was launched for deliberately incorrectly filing a declaration and for money laundering, but the case was never solved.

The current practice is that the public service bureau collects the declarations and is obliged to publish them on the Internet, but it does not check the content. It is unclear whose responsibility it is to check declarations and react to violations.

According to Urushadze, if there is to be any follow-up under current practice, there must be proven that someone held back information in order to hide corruption. In that case, the Prosecutor General’s Office will investigate.