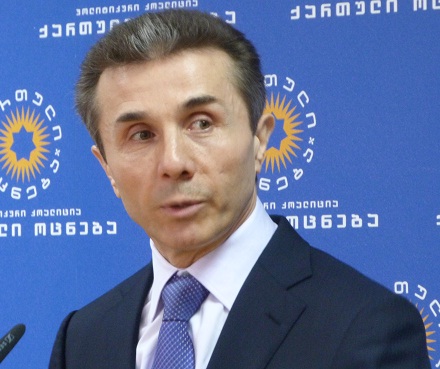 The government in Georgia is changing the constitution and giving EU citizens the right to run for office. Bidzina Ivanishvili (pictured above) is a citizen of France. (Photo: Mari Nikuradze.)

TBILISI, DFWatch – President Mikheil Saakashvili’s main competitor will be allowed to participate in the parliamentary elections in October, after the government agreed to amend the constitution.

Following the amendment, EU citizens can run in elections in Georgia. However, it’s still unclear whether EU citizens will also have the right to vote.

The idea to amend the constitution came from Giorgi Targamadze, leader of the Christian Democrats, the largest opposition party in parliament. He said it on April 5, after it became known that the Ministry of Justice gave a negative answer to Bidizina Ivanishvili about his Georgian citizenship. President Saakashvili is to make the final decision in the case.

Targamadze says the constitutional changes will give Ivanishvili the opportunity to participate in elections and thus it will no longer be relevant for him to get back his citizenship.

According to the bill, a person can be elected for parliament who is at least 21 years old and a Georgian citizen, was born in Georgia, have been living in the country for the latest ten years and citizen of an EU member country.

Commentator on legal matters Vakhtang Khmaladze says these changes are unconstitutional, illegal, illogical and dangerous for the state’s interests.

He names two main reasons for why it is unacceptable to make these changes to the constitution. First of all, changes cannot be directed at give rights to a certain person or a group of persons and secondly, a Georgian MP cannot be non-citizen of the country.

Khmaladze claims such changes are directed against the state’s interests, it creates problems for state security, because if these changes are adopted, there will be no guaranty that parliament will protect Georgian interests. He says such a practice doesn’t exist in any country, and that in any country a person can only take part in election if he or she is a citizen of that country.

“Wouldn’t it be better to just give citizenship to Ivanishvili and end all this? But no, the president said he won’t be a Georgian citizen, so everything should be done to accomplish what he said,” Khmaladze said.

A few days ago, government officials said these changes are very important and don’t pose a danger to anyone or anything.

“Personally for me this is absolutely acceptable because I support any initiative which will help make the parliamentary elections competitive, and all persons or political forces which have certain support and ambition to come into power can participate in parliament elections,” parliamentary speaker Davit Bakradze, said on April 6.

But if this idea is implemented, many things will have to be regulated from the start, because the rights of Georgian citizens don’t only foresee the right to participate in elections.

“Bidzina Ivanishvili will have the right to be MP, as well as Prime Minister or any other political rights,” Pavle Kublashvili, head of Parliament Judiciary Issues’ Committee says.

He says Ivanishvili will fully get involved in political life and no one restricted this right to him before. MP remarked that this also considers his right to be elected MP, also take any official position, set up political party, finance party within the frames of law, etc.

“Any person who currently is in politics will have rights to hold an official position and I can’t see grounds for anyone to start speculations that somebody was restricted of anything. A person who was born in Georgia and lives in Georgia will have absolutely all rights,” Kublashvili said.

However, it’s still unclear how granting of the new rights will be regulated, and whether a person will be given the right to vote. A non-Georgian citizen doesn’t have the right to vote today, and the new bill doesn’t mention this issue.

Pavle Kublashvili says it’s not excluded there can also be discussions about granting them right to vote, but Kublashvili doesn’t specify more details.

Levan Vepkhvadze, representative of the Christian Democrats, considers it impossible to implement this initiative at this stage.

Vepkhvadze says that generally it’s possible to implement this initiative; but if it is done before the parliamentary election this will upset the situation. So he thinks that the government should refrain from reviewing the proposal.