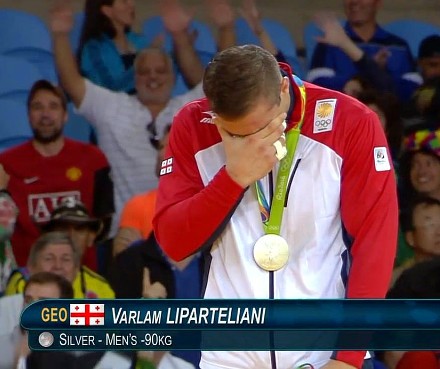 TBILISI, DFWatch–Georgia’s Varlam Liparteliani won silver medal in men’s 90 kg judo at the Rio Olympics. This is the country’s second medal in the games.

Liparteliani defeated Gwak-Dong Han from South Korea in the semi-final, but in the final round, he was defeated by Japan’s Mashu Baker.