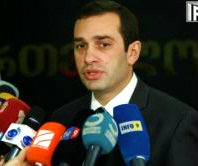 TBILISI, DFWatch–The Georgian government has decided to commit its military forces to the European Union’s rapid reaction force in the Central African Republic from May.

The violence between Christians and Muslims which began more than a year ago is at risk of spiraling into genocide, the UN has warned. The EU is sending one thousand soldiers, which will compliment 6 000 African Union peacekeepers and almost 2 000 French troops already there.

Georgia’s Defense Minister Irakli Alasania said more details of his country’s contribution to the international stabilization effort will be known in a few weeks.

“Our forces are known for their professionalism, combat readiness and interoperability with NATO and EU forces,” Alasania said.

Catherine Ashton, EU’s High Representative for Foreign Affairs and Security Policy, officially requested Georgia’s participation in the EU force in a letter to the minister of foreign affairs.

The operation is entitled EUFOR RCA, and was established by the EU’s European Council on February 10, 2014, based on United Nations Security Council Resolution 2134. After reaching full capability the mission will last for six months.

The United Nations Secretary General Ban Ki-moon recently urged the international community to send an additional three thousand peacekeepers within weeks, in order to bridge the gap before the UN itself can manage to send a peacekeeping force.

He warned that the violence now occuring could turn into a genocide. One million people are already displaced by the conflict.