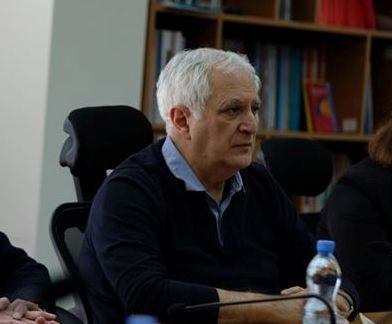 Georgia ponders suspending direct flights to Iran amid the growing fear of coronavirus outbreak in the country. The government of Georgia has been discussing the issue for two days, said Amiran Gamkrelidze, the director of the National Center for Disease Control and Public Health (NCDC).

Ultimately, the final decision is up to a special coordination council set up by the PM Giorgi Gakharia, Gamkrelidze said.

Saturday evening four Iranian nationals were placed in quarantine at the Tbilisi Infectious Diseases and AIDS Center. They had elevated temperatures during the mandatory inspection, said Tengiz Tsertsvadze, director of the center.

Three other Iranians were released from the center Saturday morning after inspection detected them virus-free.

Meanwhile, 34 Georgians have been placed in quarantine in Sachkhere hospital upon their arrival from China.

No signs of the virus have been detected so far in Georgia, officials say.

On Saturday, Iranian officials reported a sixth death from the new virus that emerged in China’s Hubei province. The news stirred a panic in the country. Public schools and even cafes have been closed in Tehran, Qom and some other cities and towns.