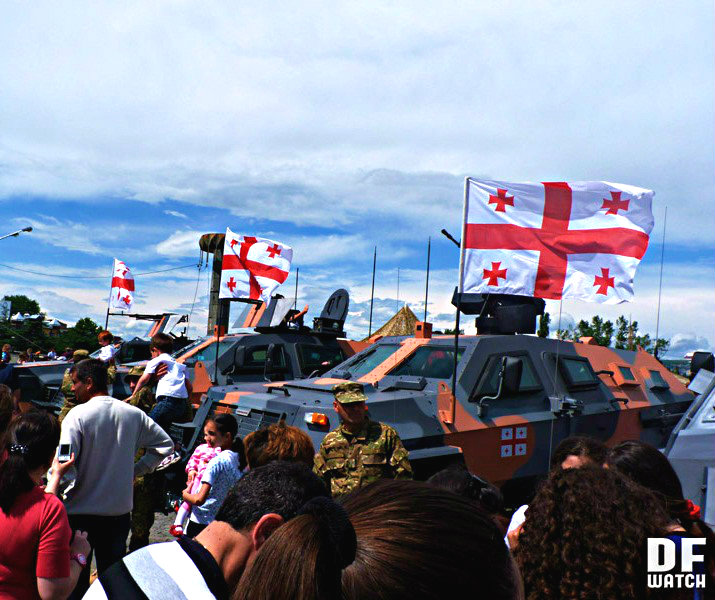 TBILISI, DFWatch–For the second year in a row, Georgia will not hold a military parade on its national day of independence May 26.

Columns of military personnel and hardware filing past and saluting their commander in chief became a tradition while Mikheil Saakashvili was president. The event used to be held at parliament in Tbilisi, but in 2012 it was in Kutaisi where a new parliament building had been opened.

That was the last military parade. In 2013, while Saakashvili was still president, the new Georgian Dream government decided to not hold a military parade, but instead celebrate Independence Day by holding many smaller events in more than 20 cities and towns.

Saakashvili’s party, the National Movement, which had recently lost power in the election, criticized the new government for making such a decision.

Saakashvili wasn’t in Georgia, but spent the day with Georgian soldiers in Afghanistan.

The May 26 organizing group met on Friday to discuss the technical details of events on Independence Day this year. The session was attended by representatives from government ministries, Tbilisi City Hall and the president’s administration.

Though the details aren’t worked out, it’s clear that May 26 will be a “people’s day”, according to the government’s press office. There will be no military parade, and events will be directed at engaging people in the celebration as much as possible and will be held in different places all over Georgia.

A plan for the events will be sent to the government’s May 26 commission which will meet for a first session on May 15 and is chaired by Prime Minister Irakli Gharibashvili.