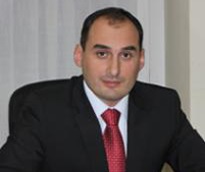 TBILISI, DFWatch–Georgia will make the switchover from analog to digital television on June 17, 2015.

Deputy Economy Minister Dimitry Kumsishvili on Friday presented the concept for how to make the switchover. He said the process will have positive results for both broadcasters and viewers.

“First of all, this will bring media pluralism, freedom of speech and further development of broadcasting,” he said, adding that the population will be able to receive more TV channels with higher quality all over the country.

A digital broadcasting agency will be set up at the Economy Ministry in order to supervise the implementation of the switchover to digital media. The new agency will also be responsible for providing socially vulnerable families with the required digital receivers. The agency will launch an advertisement campaign to make people aware of how it works. The ministry is allocating 20 million lari (USD 12 million) to finance the agency.

According to Kumsishvili, the receiver will cost USD 30-35, and will be given to socially vulnerable families for free. The receiver, a so-called set top box, is necessary for those who do not have a new TV set which is able to receive the signals from digital broadcasting.

The goal of the agency will be to ensure that every citizen is able to receive television channels after the switchover.

In 2006, members of the International Telecommunication Union (ITU) agreed to switch to digital broadcasting and a June 17, 2015 deadline was set for member countries. Most member countries have already made the switchover.