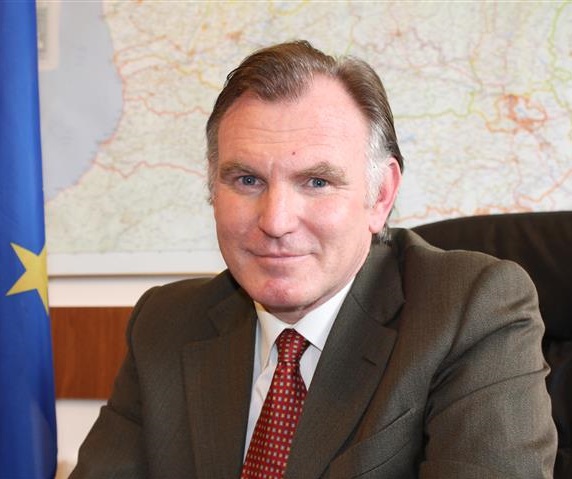 TBILISI, DFWatch–A former British army captain who in 2008 accused Georgia of starting the South Ossetia war has been appointed as deputy head of the EU Monitoring Mission to Georgia (EUMM).

In 2008, Ryan Grist was in charge of a group of foreign observers who were trapped during the war, and successfully led them out of the trap.

Grist said afterward that Georgia launched military strikes first against South Ossetia, statements which led to him being accused of being a Russian spy.

“Georgian rockets and artillery were hitting civilian areas in the breakaway region of South Ossetia every 15 or 20 seconds,” he said.

To Wall Street Journal he explained: “I have never said there was no provocation by the South Ossetians. […] What I have said is that the response from the Georgian authorities was absolutely disproportionate. […] To react with indiscriminate shelling — there just had to be a Russian response.”

According to the EUMM website, Grist served with the UN Peacekeeping Missions in Cyprus and the Middle East, and worked within the European Community Monitoring Mission and UN in the former Yugoslavia.

He has held the position of deputy head of mission in two OSCE missions – Moldova and Georgia – and has also held a senior position with the UN in Central Asia. He has also seen service as a stabilization adviser in Helmand Province, Afghanistan.

Ryan Grist is a former British army officer and holds a PhD in international conflict analysis.