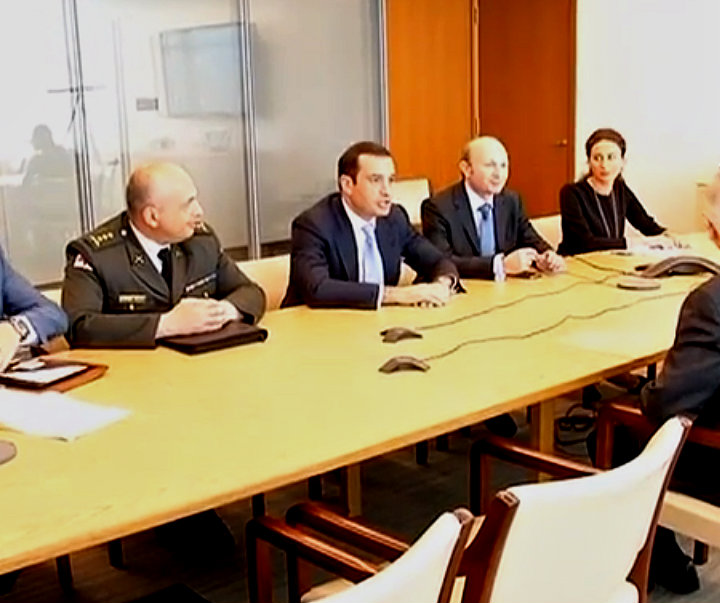 TBILISI, DFWatch–Georgia may take part in UN-led peacekeeping operations. This is clear after a visit to the U.S. by Defense Minister Irakli Alasania.

During the visit, Alasania and Irakli Dzneladze, head of Joint Staff of Georgia’s armed forces, met with Edmond Mulet, the UN’s Assistant Secretary General for Peacekeeping Operations. The main topic of the meeting was the status of US-led operations and engagement of Georgian militaries in these operations, The Defense Ministry of Georgia on Tuesday wrote in a statement.

“UN representatives expressed interest in Georgia’s involvement in the peacekeeping operations ongoing under the auspices of the UN given the Georgian troops’ combat experience. With this regard the leadership of our mission in the UN is already considering the mission details”, Irakli Dzneladze said.

According to ministry officials, Georgia is considering the deployment of observers and a light infantry company size unit in ongoing UN operations, but this requires retraining of Georgian soldiers, as well as equipment. Georgia expressed readiness to start consultations with the UN Department of Peacekeeping Operations about this issue.

Representatives of the Defense Ministry told DF Watch that no more details are known, because a final decision has not been made.

Georgia’s armed forces have not directly participated in any UN peacekeeping operations so far; but in 2005-2007, the Georgian Battalion under US command took part in UN Assistance Mission for Iraq (UNAMI), contributing 550 servicemen to protect the UN office in Baghdad.