Georgia may ban smoking indoors and at sports arenas

Georgia may ban smoking indoors and at sports arenas 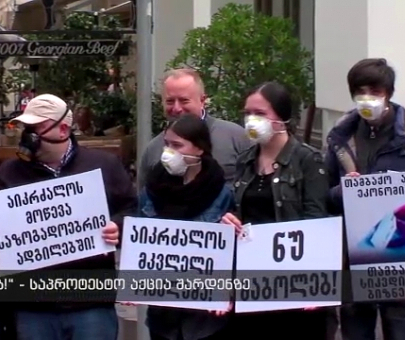 TBILISI, DFWatch–Lawmakers in Georgia are pondering a blanket ban on smoking indoors which will also cover sports stadiums and all forms of public transport.

If the bill is passed, smoking will be prohibited inside all kinds of buildings, except for private homes, laboratories specialized in tobacco research, penitentiary institutions and remand centers.

The smoking ban will also cover all kinds of public transport.

In mental health institutions and palliative care centers smoking will be allowed only for some infirm or patients whose illness has progressed. Exceptions from the ban will require a special permission from supervisors and will be limited to designated zones completely isolated from the rest of the building or territory, and must have ventilation or a window.

It might also be banned putting tobacco products, its accessories and any tobacco supplies on display on shop fronts, windows, counters or shelves.

According to the World Health Organization, smoking is responsible for the death of 6 million people per year globally;  600 000 of them are victims of passive smoking.

According to the Tobacco Atlas 2014, the number of cigarettes smoked per person per year in Georgia is 1,378.45.