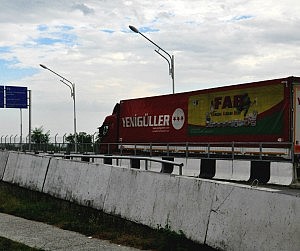 TBILISI, DFWatch–An increasing number of Azerbaijani citizens have been moving to Georgia in order to work and study.

In addition to growing interest from tourists, one can already speak of a trend in which an increasing number of Azerbaijani choose to settle in Georgia in order to pursue a wide range of activities free of corruption and political pressure, BBC Russian Service reported.

Zərifə Quliyeva headed NGO Towards Unity which focused on providing assistance to orphans and handicapped people. After the Azerbaijani government froze assets of all local NGOs, she decided to leave the country.

Ms Quliyeva together with her husband, journalist Tural Qurbanlı moved to Tbilisi where they opened a small hostel in the city’s centre. The couple points out the ease of doing business in Georgia, little bureaucracy, and lack of corruption.

Georgia has also attracted some representatives of Azerbaijan’s civil society, who praise lack of political pressures on their activities.

Ruslan Əsəd, one of the founders of human rights education centre Thinking Citizen which is oriented at Georgia’s Azerbaijani minority, came to Georgia in 2015 following pressures at home.

According to Georgia’s Ministry of Internal Affairs, almost one fourth of the six million foreign nationals who visited Georgia in 2015 were citizens of Azerbaijan. Only in January 2016, 108 thousand Azerbaijani citizens visited Georgia.

In 2015, Azerbaijan was also the biggest investor in Georgia’s economy. According to Georgia’s National Statistics Office, in 2015 foreign direct investment (FDT) from Azerbaijan amounted to 543 million dollars, which constituted 40 percent of all FDT in that year.