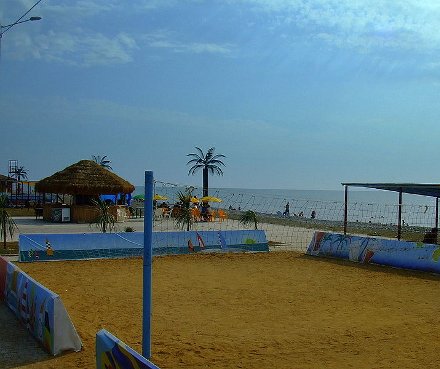 The Black Sea coast is a popular destination in summer. Here Ganmukhuri.

TBILISI, DFWatch–The number of people who visited Georgia has increased by 26 percent in the first seven months of 2013 compared to the same period last year.

Giorgi Sigua, Chairman of the National Tourism Administration, said at a briefing that in the first seven months 2 797 910 foreigner visitors arrived to Georgia, which was 26 percent more than last year.

The number of visitors from Europe in the first two months was 2 115 144. This is a 27 percent increase.

According to the National Tourism Administration, 4 389 256 tourists visited Georgia last year. This year the administration expects to see more than 5 million tourists in total.