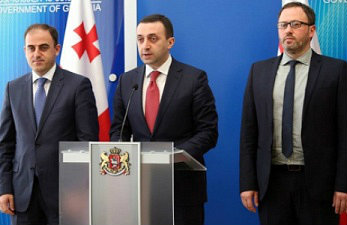 He will take over from Davit Narmania, who is stepping down in order to run for Tbilisi mayor in the local elections on June 15.

Announcing the change, Prime Minister Irakli Gharibashvili said he entrusts a field with a lot of responsibility to Khokrishvili, who has all the skills to lead the ministry and continue what Narmania started.

Khokrishvili has studied abroad and has scientific and teaching experience. He used to be head of the municipal development fund and head of Caucasus Institute Board.

Narmania is the Georgian Dream coalition’s candidate for Tbilisi mayor. Gharibashvili said it will be a ‘difficult inheritance’ to take over for current Mayor Gigi Ugulava but that he is sure Narmania will be an effective and honorable mayor.