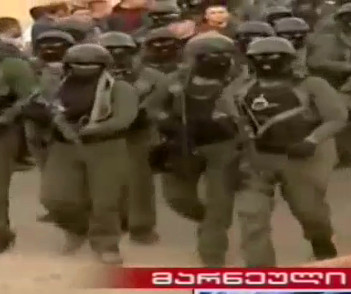 Special police entered the voting precinct in Marneuli where the conflict took place.

TBILISI, DFWatch–A crowd armed with batons and stones attacked a precinct in Marneuli, a town in south Georgia, allegedly stealing a box of ballot papers.

The Ministry of Internal Affairs (MIA) said police were dispatched to Marneuli’s 48th precinct to try to calm people down. The situation is now under control, and no-one has been arrested, MIA said.

Interpressnews quoted an MIA spokesperson saying they don’t know yet who were fighting whom.

The National Movement said strangers attempted to fabricate the election at the precinct, and this ended in a confrontation. The windows of the facility were smashed. UNM and Georgian Dream accuse each other of provocation.

Locals in Marneuli report that they have seen special police forces at the spot.

UNM also said that a box of ballot papers has been stolen, but the claim was not confirmed by other sources.