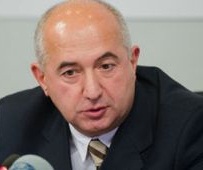 TBILISI, DFWatch–The government in Georgia is planning to create a new agency that will work on religious issues.

Minister of Reconciliation and Equality Paata Zakareishvili on Tuesday explained that the new body will implement a recent initiative by the government to finance four religious groups in Georgia in addition to the Orthodox Church.

“No such body existed in Georgia before,” Zakareishvili said. “It is necessary to have special body which will work regularly on religious problems.”

As an example, he recalled the conflicts in Chela and Tetritskaro, two villages where the local Muslim population had problems with praying or having a minaret installed at their mosque.

In these cases, Zakareishvili’s ministry was instructed to work on these conflicts after the incidents had taken place. If there is a body to work specifically on religious issues, it will be more effective, the minister explained.

“There are many issues about religious communities, like property rights, education and financing issues,” he continued.

Prime Minister Irakli Gharibashvili will appoint the head of the religious agency, which will file under his office.