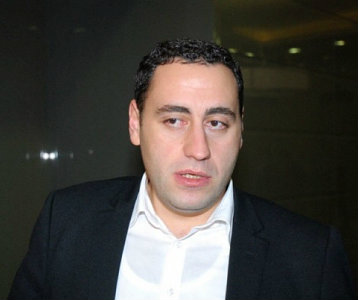 Member of Parliament Giorgi Vashadze said the National Movement are still discussing within the party what to ask Margvelashvili about. (Interpressnews.)

TBILISI, DFWatch–The National Movement party’s members of parliament might not attend the Georgian president’s state of the nation address, which takes place in parliament in Kutaisi on February 21.

UNM members say they have not yet made a decision about whether to sit through the speech, which their leader, former President Saakashvili, used to hold every year until now.

President Giorgi Margvelashvili is expected to speak for 40 minutes and outline his values and vision for the country.

“He will speak about his views on challenges which Georgia faced in 2013 and how Georgia will respond to these challenges in the future,” said Davit Pataraia parliamentary secretary for the president.

The president’s annual address was used by former President Saakashvili to further the National Movement’s views, which contrasted with how other parts of society saw reality, and were performed in a celebratory style with little room for criticism. In 2012, Saakashvili walked out of the debate after his speech, in protest against a critical question from opposition MP Jondi Bagaturia.

Margvelashvili has said that he will change the format of the annual address, and that this is because the role of the president has changed in Georgia. A constitutional amendment enforced last November tilted power toward the prime minister.

If the UNM MPs do attend Friday’s speech, they plan to ask questions about the country’s security and economic changes which take place in the country after government changed.

Gia Tevdoradze, UNM member said that economic situation gets worse day by day, that is why they want to get information about this issue from country’s president.

Giorgi Vashadze, also from the UNM, said on Tuesday in an interview with Maestro TV that they are still discussing within the party what to ask Margvelashvili about.

He said they want to ask the president questions about foreign policy, which they think is not in order.

“How and where he sees ways out from this situation and whether he expects threats after Winter Sochi Olympics are over,” he said.

“He will also speak about the new constitutional model which came into force after the presidential election. He will present his views for economic, social development and to improve security and defense ability of the country,” he said.

The Constitution of Georgia requires the president to visit parliament once a year and report on important developments in the country. Usually the state of the nation address takes place in the beginning of parliament’s spring session, which starts on the first Tuesday of February.