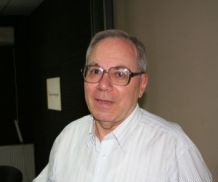 The appointment marks the end of more than a year without a UK ambassador.

During the year of so-called cohabitation between the new government and ex-president Mikheil Saakashvili, the president delayed the signing of the appointment of more than 15 ambassadors.

Later, the Ministry of Foreign Affairs wanted MP Tedo Japaridze as UK ambassador, but he declined and stayed on as chair of the foreign affairs committee in parliament.

Afterward, writer Zurab Karumadze was nominated, but his candidacy failed.

Gachechiladze has worked in different positions at the Foreign Ministry and used to be ambassador to Israel and Armenia.