Georgia and the Great Ideological Struggle

Georgia and the Great Ideological Struggle 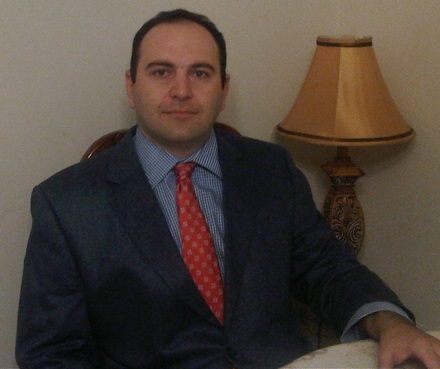 Mikhail Saakashvili’s conceding speech heralded historical victory for liberal democracy in a region, where intimidation, oppression and revolution had been the common place for two centuries of Russian domination. His speech indicated that for the first time in the history of Georgia, the political transition would take place through free and fair election and not military coup, civil war or revolution. Moreover, it saved the legacy of the “Rose Revolution” as it intended the universal values such as liberty, free market economy, human rights and liberal democracy to take root in Georgia. Finally, this event had much greater implication for the region than one might think, scoring another victory for the democratic liberalism in the eternal battle between democratic and autocratic ways of life which always had cyclical nature and had been waged in various forms throughout history.

This eternal rivalry between the two fundamentally different forms of governance goes back to the Peloponnesian war as the autocratic states have used various ideologies such as ethnic nationalism, fascism, communism, etc, to challenge the democratic states. It can be said that the cyclical alteration between democracy and autocracy has been constant since the ancient times as the success of any ideology in one or two states strengthened similar movements elsewhere. The ancient democracies in Greece, Rome and later in Italian city-states fell to authoritarian regimes-Venice, Florence etc. Moreover, after the collapse of liberal democratic order in the 1914, with the rise of Fascism and Communism in Europe, the autocratic governments sprouted across the world. Autocracies replaced briefly emerged democratic governments in Baltic States, Poland, Russia, Germany, Greece, Italy, Spain, Portugal, and Latin American countries, including Argentina and Brazil. Similarly, following the World War Two, the autocracies in the form of communism, spread into China, North Korea, Vietnam, and other Asian and African countries. During the Cold War, many states around the world moved back and forth between democracy and autocracy. Whereas, the democracies were weaker and fewer in the 19th and the most of 20th centuries, their strength, quantity and attractiveness grew dramatically by the end of the 20th century when the democratic states, championed by the United States defeated the autocratic Soviet Union in the Cold War and scored another decisive victory for liberal democracy in the history of mankind. The victory of the West has delivered the devastating blow to the communist ideology and many countries in Central and Eastern Europe embarked on the successful democratic transformation process. Despite being on the marsh during the 1990s, democracy was still halted on Huntingtonian fault-line – today’s Ukraine – where Putin’s Russia was reorganizing its former satellites into ideologically reformed and modernized autocratic arrangements.

Historically, the arrangement of power and ideas in any international structure clearly affected the form of government of nations within that structure. Although the communist ideology was discredited and the Soviet Union was disintegrated, the autocratic forms of governance proved to be resilient in this region – this time efficiently embedded in the makeup of autocratic capitalism –and the regional system of autocratic states was created. By creating and dominating the regional institutions such as Commonwealth of Independent States (CSTO), the Customs Union (CU), autocratic Russia not only revived the soviet style governance, but it also re-institutionalized its leverage on these former soviet republics as the struggle between the opposing ideologies seemed to be reemerging as the central feature of the international scene.

Consequently, the Color Revolutions can be considered as the simple continuation of the eternal struggle between these two fundamentally different political systems as the democratic liberalism, during early 2000s, intended to produce ideologically hostile states around autocratic Russia, intending to encircle, weaken and transform not only the Russian autocracy but the regional system of nondemocratic states it had created. Therefore, the Rose Revolution, led by western educated reformists in 2003, aimed to obliterate autocratic forms of government that existed since the fall of the Soviet Union, and create a state in which universal values such as liberty, democracy, free market economy and human rights would be promoted and protected. With great support of western democracies, the new government projected to break away from the regional arrangement and join the “Euro-Atlantic Club” of democracies.

Many experts supporting the Rose Revolution believed that the major test for this reformist government would be the democratic transfer of power through the free, fair and democratic elections. Arguably, in this short period of time, it seemed unrealistic for a country having limited prior democratic governance experience that had not fully recovered from grievances of the internal conflicts and external military interference to manage peaceful, democratic transfer of power. Almost every election in the region, since the fall of the Soviet Union, had been rigged and the losers never accepted or publicly acknowledged their defeat.

Surprisingly, the reformists lived up to their expectations by restoring order in the country, transforming it from a failed state into a leading reformist country, cracking on organized crime, reducing corruption, and building the foundation of a modern-democratic state. Yet, they often came under increasingly forceful criticism, at home and abroad, over their allegedly authoritarian inclinations, prosecuting opponents, limiting media freedoms, exercising arbitrary justice and disrespecting property and other rights of the citizens . Nevertheless, by holding elections that met most western standards on October 1 in 2012, and relinquishing power peacefully, the reformists secured the legacy of the Rose Revolution, extended the foothold of liberal democracy in the region and may well have weakened Russian grip on and autocratic alliances in the region.

Therefore, the reassertion of democratic political will in Georgia should be considered as another historical victory for democratic liberalism this time in Eurasian proper. Despite the success of Georgian Democracy, the West still needs to re-examine its understanding of the region and take stronger stand against Moscow which for decades has been on the wrong side of history, supporting and funding regional autocrats and undermining nascent democratic movements. Parallels can be made between the liberal revolutions of the late 1840s-“the Spring of Nations” and the Color Revolutions of 2003-2005. The liberal movement that began in France, in very short period of time, affected over fifty countries and swept the majority of western European autocracies. Concerned more with the preserving the balance of power in Europe, the liberal great power Great Britain refrained from further supporting ongoing movements elsewhere. As a result, the preservation of balance benefitted the counter revolutions in Europe and the Spring of Nations was suppressed- lasting reforms took place only in Austria, Denmark and France. Similarly, the Color revolutions were political upheavals, albeit smaller in scale, that began in Georgia and immediately spread into the three of Former Soviet Republics as Georgians, Kirgiz and Ukrainians replaced their autocratic governments in a peaceful manner. Given the fact that the United States was more concerned with resetting its relationship with Russia, the counter revolution forces, directed by Moscow, not only rolled back in Kyrgyzstan and Ukraine but, invaded and occupied twenty percent of Georgian territory. In light of this situation, taking stronger stand against Russia, requires that the United States and EU invest more in its Eurasian policy, aligns themselves with the oppressed populations and their democratic aspirations, and employs necessary meansin defending newly emerged democracies.

Thus, promoting Georgia as a successful historical narrative represents the interests of the Democratic West as it tries to enhance western ideas, values and other aspects of democratic liberalism towards Russia’s periphery. The more stable and successful Georgia becomes, the better it will encourage the countries in the region to expose themselves to liberal-democratic ideals. It is clear that Georgia is on its way of democratic consolidation. But this time, no less than before they need the strong Western support and advice, Otherwise, the unstable regional security environment and its post-soviet demons can still reverse its democratic advances.