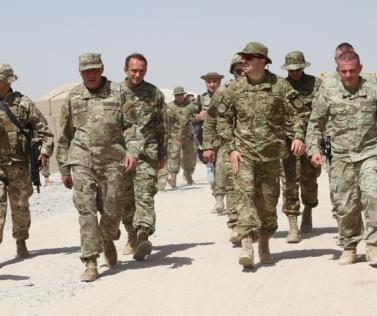 According to Georgia’s Defense Ministry press office, Defense Minister Dimitry Shashkin arrived in Afghanistan together with a delegation from the ministry.

The delegation met with Georgian soldiers at the Shukvani base in Helmand Province.

Georgian soldiers serve at American contingent in Helmand Province for ISAF operation. Currently there are more than 1 500 Georgian soldiers in Afghanistan, but it is planned to increase the number. The Deputy Foreign Affairs Minister on Monday stated that an additional subdivision will be sent there in October, but the date is not known.

Georgian soldiers have served in Afghanistan with American marines for six months now.

Their main task is to combat terrorism, conduct patrolling to ensure the safety of the population and to set up mobile controls posts in the operating zone of the province, the ministry informs.