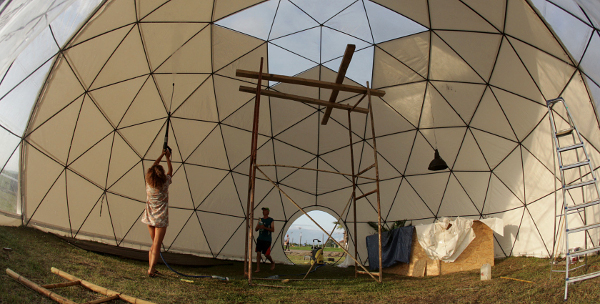 TBILISI, DFWatch–Gem Fest starts Thursday in Anaklia, a beach resort on the Black Sea coast close to the border with Abkhazia.

Georgian Electronic Music Festival will last from July 30 to August 7 and is carried out with the support of the Georgian government and managed by the former head of Georgia’s National Tourism Agency, Giorgi Sigua.

Organizers claim this will be the largest electronic music festival until now in Georgia. The official opening is tomorrow, July 31, with a performance by DJ Armin Van Buren from the Netherlands and a fireworks display in the evening.

Organizers surprisingly announced a day before that people who come across the border from Abkhazia will be allowed to enter for free. Some people from Abkhazia had contacted them and asked how to get to the festival.