Gas heaters continue to cause deaths in Georgia

Gas heaters continue to cause deaths in Georgia 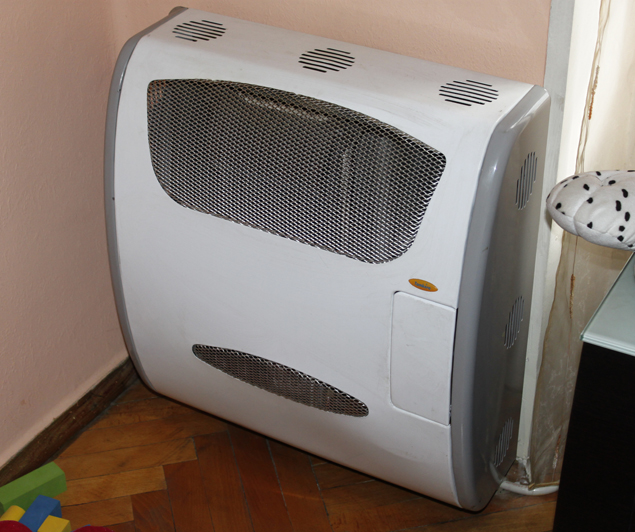 TBILISI, DFWatch–In Georgia, natural gas is cheaper than electricity, so more and more people use it for heating in winter. But the safety of the devices is far below any acceptable level.

A young married couple and their 4 year old daughter died after a gas leak in their house on October 28.

One of the first and most famous cases of gas leak in Georgia was the one that allegedly caused the death of Prime Minister Zurab Zhvania in 2005. Gas poisoning was named as the reason for Zhvania’s death along with Raul Yusupov, Deputy Attorney of Kvemo Kartli. But doubts still linger about whether the cause of death was really gas poisoning.

As gas heating becomes more popular in Georgia, the risk of poisoning rises, especially in winter. The deputy director of the Center for Emergency Medical Care, Rusudan Beriashvili, says the number of gas poisoning cases is alarming.

Magda Gugava, head PR specialist at Tbilisi City Hall, said City Hall does not have 2012-2013 statistic, but their joint project with KazTransGaz Tbilisi, named Safe Winter, is working to reduce the number of gas poisoning.

The project Safe Winter was started in 2011 and includes receiving calls about suspicious objects, where gas may leak and check it within maximum one week. All the costs are covered by City Hall.

Sopho is a mother of a newborn baby and safe heating in winter is an especially important issue for her. She once used the service of Safe Winter.

“They came in two days after the call and checked my heater for free. But something may happen and break unexpectedly, and I never feel safe,” Sopho says.

KazTransGas’s Tbilisi office explains that gas poisoning cases mostly are the result of negligence, as they often use handmade heaters, or after termination of gas supply by KazTransGaz for non-paying the taxes, they try to reopen the supply themselves. Magda Gugava agreed that these are the main reasons for incidents.

The price of a good gas heater starts from 350-400 lari (260-300 USD). That is quite expensive for Georgia, where the minimum living wage is 146 lari (about 100 USD). A lot of people therefore choose a cheap but unsafe type of heater which can be found at markets and costs 15-20 lari.

“The new system will mean installing new detectors and integrate the old ones in this system. These detectors will immediately inform us about gas leak or fire, so we can be more responsive in sending our brigades for help. As the rate of deaths is quite high, these detectors are very important,” said Bichiashvili.

Bichiashvili does not provide any concrete information about the price of installation, but he reveals that the monthly fee for the service will start from 10 lari (about USD 6).