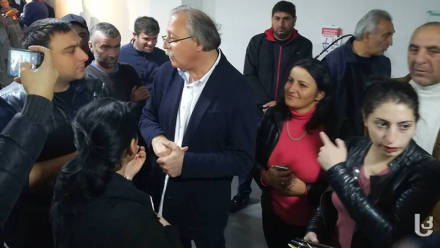 TBILISI, DFWatch–Four opposition activists were hospitalized Tuesday after supporters of the ruling GD party burst into a local branch office of the UNM in the predominantly ethnic Armenian town Akhalkalaki.

Among the attackers were the brother of a member of parliament for GD, UNM claims.

One of the hospitalized UNM members sustained relatively serious injuries and was taken to Tbilisi for treatment, Sknews reported.

Enzel Mkoyan, the MP representing Akhalkalaki and Ninotsminda, acknowledges that his brother was involved in the confrontation but dismisses allegations that it was an organized attack.

The immediate cause of the conflict was reportedly the fact that posters of Salome Zourabishvili, the presidential candidate backed by GD, were damaged overnight and the ruling party supporters suspect it was done by UNM activists.

The opposition demands a fair investigation and punishment of those involved in the attack, while GD members hint that the conflict might have been provoked for political reasons. 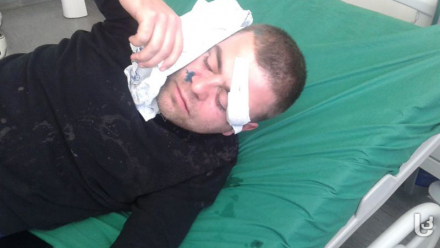 Four UNM activists were hospitalized after the incident. (SKnews.ge)

An investigation into the incident is underway, the the MIA stated.

The first round of Georgia’s presidential elections on Sunday ended with a narrow victory for the GD-supported candidate, which is viewed in Georgia as a clear blow to the informal power of former PM Bidzina Ivanishvili, a billionaire believed to hold informal power over the Georgian government although having only a nominal position as GD party chair.

Grigol Vashadze, a presidential candidate representing a bunch of smaller opposition parties under umbrella of the UNM, visited Akhalkalaki on Tuesday along with his allies and expressed solidarity to his supporters. He visited injured activists in the hospital and said that authorities try to incite unrest in the country in order to avert impending defeat in the runoff.