Foundations being laid for second terminal at Tbilisi airport

Foundations being laid for second terminal at Tbilisi airport 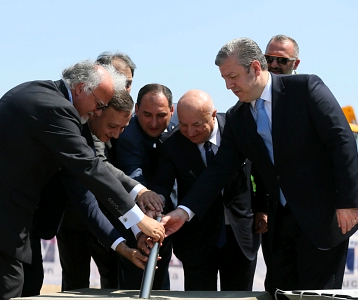 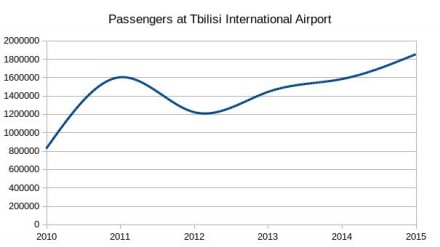 TBILISI, DFWatch–The construction of the second terminal building at Tbilisi International Airport is proceeding as planned.

Currently, the foundation is being laid, a spokesperson for the airport told DFWatch.

The need for a second terminal is evident in the steady growth in passengers, which last year passed 1.8 million.

This triggered a clause in operator TAV’s contract with Union of Georgian Airports obliging the Turkish company to build another terminal.

When the new terminal is finished in the end of 2017, the airport will be able to service 3.5 million passengers a year.

The new terminal will have an area of 12,000 square meters. Construction work started June 27. About 500 people will be employed in the construction project.

The new building is part of an overhaul which also includes rehabilitation of the runway and taxiway, five new parking areas for departures and boarding bridges for passengers.

July 14, an upgraded runway was opened at Tbilisi airport after 12 weeks of work that cost 70 million laris (USD 30 million). We were told that the runaway is approved for 20 years.

TAV Urban Georgia has operated Tbilisi International Airport from  October 31, 2005. It has the right to operate the airport until November 2027.