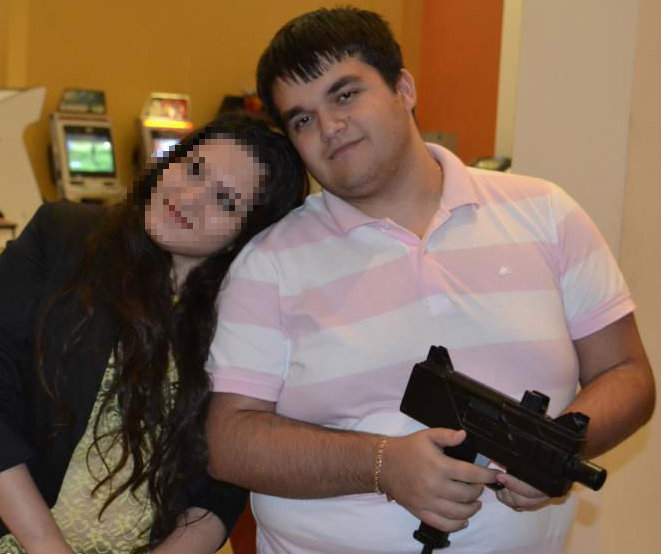 TBILISI, DFWatch–The police on Monday arrested four persons for alleged kidnapping, two of whom are former members of special forces units in the Ministry of Internal Affairs (MIA).

MIA states that the four kidnapped a 19 year old man, Ioseb Giorkhelidze. Two members of the gang entered the house in Tbilisi where Giorkhelidze lived with his family and kidnapped him. Then they contacted the kidnapped man’s father and demanded a USD 300,000 ransom for his son’s release.

The young man was released and is now in safety. In a video released by the MIA, Ioseb Giorkhelidze thanks the police for freeing him.

It appears that the ransom money was payed, as police found 289,100 dollars and a cache of the weaponry containing two automatic rifles, four handgrenades and four pairs of masks and gloves. One of the detainees told police about a place in the woods where the gang had hidden money and weapons. The remaining 10,900 dollars was found with a different member of the criminal group.

According to the MIA statement, among the kidnappers are Durmishkhan Ghvachliani, 52, former member of the Constituitional Security Department, or ‘Kudi’, and Jemal Shonia, 37, former member of the Special Operations Department, or ‘Sodi’. During the National Movement, ‘Kudi’ and ‘Sodi’ were headed by Data Akhalaia and Erekle Kodua, respectively, both close allies of ex-President Mikheil Saakashvili, who are still at large. ‘Kudi’ was often used to crack down on the opposition and groups considered a threat to the state, while ‘Sodi’ was involved in many hard-handed policing operations and shoot-outs. Both departments have been disbanded and reorganized.

The remaining two members of the gang are Alexandre Chanturia, 31, and Giorgi Kaldani, 36.

They were arrested in Tbilisi and the two nearby settlements Tskneti and Armazi (near Mtskheta).

Prime Minister Irakli Garibahsvili seized on the opportunity to criticize the National Movement, which has often critisized the government and particularly Garibashvili for being unwiling and unable to curb crime. The Saakashvili government boasted that it had eliminated corruption and crime.

Garibashvili argues that the two former officers were fired from the MIA two years ago, when he was head of the Ministry. He said that this crime carries ‘the signature’ of the UNM.

“I have a well-founded suspicion that an organized (political) force is behind this (crime). I have an impression that this (crime) carries a signature of the National Movement,” Garibashvili told journalists  while attending a concert in Tbilisi Concert Hall (the Philarmonic) with Chriss Botti, a Grammy Award winning American trumpeter. Garibashvili added that what he said would be brought out by the investigation. “They used to rape and torture people at the police stations and in the prisons… used to kidnap and murder people…”

“I want to remind them once more, and it is a final warning, that if they conceive something against the state or against the people they will be strictly punished.”

The PM didn’t elaborate what he meant by ‘conceiving against the state’, but it was apparently a reference to a statement by some officials and MPs that the National Movement is planning mass disturbances in order to get back into power. Earlier this summer, there was speculation that the party was planning a Kiev-style protest camp in Tbilisi against the Georgian Dream government, which party spokespersons habitually label as instruments of Russia.

The UNM hit back at a press conference on Tuesday in the party office. MP Nugzar Tsiklauri said the lie disseminated by the prime minister is in the best practice of Felix Dzerzhinsky and Nikolai Yezhov, two heads of the Soviet secret police.

Tsiklauri said that the government uses this kind of lies to put pressure on the political opposition and justify its inability to handle the crime situation.

“Even Dzerzhinsky and Yezhov wouldn’t concoct such kind of an immoral lie,” Tsiklauri said, commenting on the PM’s statement. “This statement indicates that the government has totally lost control over the political process. We call on the authorities to stop the malign practice of breaking up society.”

Tsiklauri added that the UNM demands to set up a special commission to investigate the case.