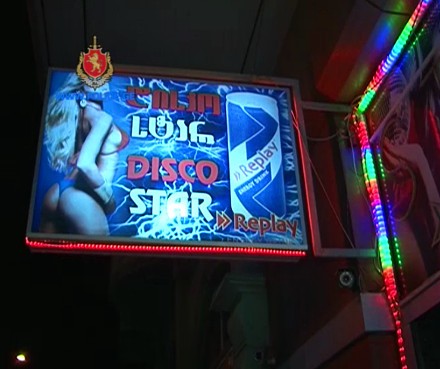 TBILISI, DFWatch–Police in Georgia have busted five more brothels over the weekend, this time in Batumi, a city on the Black Sea coast. Seven people were detained.

As is common, video was posted on the police.ge website showing the detainees, and the women prostitutes who have status as witnesses, being led by officers out of night clubs and then up the stairs to a police station, with their faces digitally blurred.

The hotels and clubs that were raided are: Ana, Star Palace, Legas, Elegant and Efes.

A Georgian man born in 1966 was detained as the temporary owner of Hotel Ana, and charged with letting out facilities for prostitution purposes, the same charge as the other detainees.

Another man, born in 1979, was detained as owner of Hotel Star Palace.

Police detained the temporary owners of Hotel and Club Legas, two Georgian men born in 1970 and 1991. Also the owner of Hotel Elegant, a woman born in 1962, was detained, as were two Turkish citizens who own Hotel Efes.

They are all suspected of letting out rooms to sex workers in return for money.

A little over a week ago, five people were detained in Tbilisi on similar charges.

Hotel Star Palace in Batumi was also raided in April, 2013.

In November, 2013, police raided fourteen hotels and clubs in Batumi and Gonio, and detained the owners and managers.