Fighting in Afghanistan for Georgia’s Security

Fighting in Afghanistan for Georgia’s Security 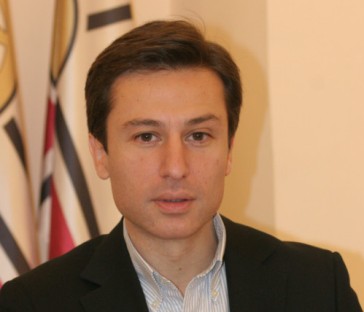 Georgia has increased its military presence in the International Security Assistance Force in Afghanistan making it the biggest non-NATO contributor to ISAF operations. The Georgian parliament supported this decision and the Christian Democratic Movement of Georgia voted in favor. This was a well thought-out decision designed for making Georgia a part of a global security network.

Although this is was a painful decision and obviously has its downsides, we, Christian Democrats strongly support Georgia’s active participation in NATO-led international operations and believe that rather than being just a consumer, Georgia should become an active contributor to the global security system. Today, the most effective way for Georgia to play a role in the world’s security system and fight against global terrorism is to be actively involved in ISAF operations in Afghanistan.

Taking into account the present developments in Russia, is Georgia taking an unnecessary risk by sending another battalion to Afghanistan? While not being a member of NATO, is it worth having more troops in Afghanistan than a majority of NATO members do? Will the Georgian troops be mobile enough to oppose an enemy intervention in Georgia if it happens again? We all distinctly remember that it took our soldiers 5 days to come to Georgia from Iraq when the August war started in 2008. These are the questions which are constantly being asked.

It was the devotion, courage and professionalism of Georgian soldiers which resisted Russian aggression for a few days. However, it would not have changed the picture even if our troops which were serving in Iraq at the time had been involved in military activities. It might have delayed the movement of the Russian troops for a few more days, but in the long run it would not have been possible for Georgia’s armed forces to prevent the advance of Russia’s monstrous military machine. Although our soldiers and officers bravely fought against the Russian aggressors, we would have lost everything including our statehood if not for the support of our partners and allies.

Being closer and more integrated into the network of our partners and allies is the best way to guarantee Georgia’s security and stability. While participating in NATO-led international operations, the civilized world sees that Georgian soldiers alongside with the Americans, the British and other European nations are fighting against global terrorism and contributing to the improvement of the world’s security system. It makes Georgia more secure and invulnerable to the threats from its northern neighbor.

It might seem ideal if Georgia could have a security shield similar to Israel, which despite having very strong security guarantees from influential partners, has an effective security system, which, if needed, can successfully function independently for longer periods to protect the county and even attack its hostile neighbors. However, Georgia’s reality is significantly different from geographic, military and economic perspectives. In the long run, Georgia’s security system cannot afford to function separately from the global security umbrella. Instead, Georgia’s only alternative for guaranteeing its peace and security is to integrate into NATO, EU and benefit from being a US strategic partner. And the success of the integration process will largely depend on the extent of Georgia’s contribution to the security system, which in a short or long run should become its security umbrella.

Today, when our troops are serving in the Hemand province, one of the most dangerous places in Afghanistan, first and foremost they are serving the interests, stability and security of Georgia and its people as Georgia’s security goals will remain unachievable if its security system stays beyond the global security umbrella.

Naturally, an active involvement in NATO-led international operations has its negative sides. Being at the frontline of the most dangerous operations puts the lives of our soldiers at risk. However, this is a conscious risk which is taken by professional Georgian soldiers who serve their country and participate in the missions according to their will and contractual obligation.

Some might also think that it could have a negative political effect, as the ruling elite of this country might use Georgia’s active contribution to the international operations for their political benefit, asking our partners and allies to turn a blind eye to the possible anti-democratic steps the government might take to stay in power. But we believe that the more integrated Georgia will be in a common security system and the more actively it will be fighting against global terrorism, the higher the pressure from our partners will be on the Georgian government to make the process of democratic reforms irreversible and timely.

In a long term perspective, the success of Georgia’s security system will depend on two main components. Firstly, Georgia needs to form a well-trained and well-equipped armed forces run by a well-educated military elite. And secondly, our country has to become an integral part of the world’s global security umbrella. An active and effective participation of Georgia’s armed forces in NATO-led international missions will play a significant part in achieving the goals above.