The Flanks That Should Be Well Defended

The Flanks That Should Be Well Defended 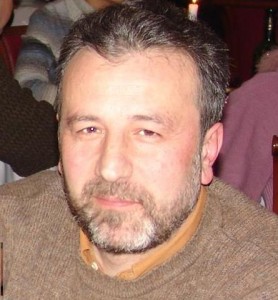 Pressure for democratic transformation and modernization challenges Georgia from three main “flanks”: Internal stability – that was not a matter for real concern for President Saakashvili until the public unrest in 2007; imperatives of the European and Euro-Atlantic Integration; a proper Ambition and the promises of the ruling party to the public. Difficult to say, which one is more important factor, but in my view the presented order is close to what is the priority.

I would start from the ambitions that the Government of Georgia shows towards fast modernization of the country. A motivation is well apparent, and the results in lots of directions are really impressive. Yet the examples of all transition countries show (and Georgia is not an exception) that democratic transformation is the last concern of the governments in this process. It is somehow believed that economic liberties and consolidation of power, security of the state and safety of citizens, i.e strengthening of basic state functions shall be treated as a priority order. That may be echoes still weak public demand on the democratic institutions. Indeed, it is also proved that a continuous lack of providing justice as a public good by a newly established state leads to public unrest and insatiability and threatens the whole project of modernization.

We in Georgia understand peace as a result of an established order. War is the consequence of chaos, but war reestablishes order over chaos. Then the peace makes us loose the attention and control over order, smoothly sliding down into chaos again. Are we going to abandon this vicious circle in our minds first of all?

“No justice – no peace!”  This slogan rushed through Georgian reality since its independence, moving the country through a turmoil of revolutions, civil wars, coup d’état, anticipated elections, demonstrations and protests, less to the negotiations, compromises, concessions. In 2011 we have witnessed an important change, people have become convinced of the necessity to support other slogans, like: “to achieve justice through a constitutional way”. The wind has transported the seeds of a new consciousness throughout the country and made this work inside of the leading opposition forces, including a coalition which just appeared in politics around Georgian tycoon Bidzina Ivanishvili. The parties or movements that decided to follow the mentioned “constitutional way” have engaged in hard negotiations with the ruling party in order to push for the changes in the electoral law in particular and the election environment in general. It is now much easier to maintain stability in the country while the Government has become less arrogant and more attentive and tolerant to different opinions emerging from the side of the different political movements, including radical ones.

After the rounds of talks during 2011, the electoral code has been substantially refined, allowing for better electoral lists, pluralistic representation in the electoral commission, better balance of majoritarian and proportional candidates, use of administrative resources, etc. The Venice Commission of the Council of Europe and ODIHR of the OSCE intervened with their recommendations submitted to the GoG on December 1, 2011. The report openly supports the new code, qualifying it as one including “the necessary elements for organizing and administering elections”. It also says that “some of the previous recommendations of the Venice Commission and OSCE/ODIHR” have been taken into account. Indeed, a 30 pages long report makes a number of important suggestions to improve deficiencies “restrictions on the right to vote and stand for election, formation of electoral districts in a manner that undermines the principle of equality of suffrage, absence of provisions allowing independent candidates to run for office, lack of effective mechanisms to facilitate the participation of women in elections, remaining shortcomings in the regulation of political party and campaign finances, shortcomings in the processes for resolving electoral complaints and appeals. The ruling party has already reacted to some of the mentioned recommendations and has recently made few amendments to the code, still there is more to be done. Hopefully the code will be ready to be accepted by leading political forces at the moment of the parliamentarian elections expected in December 2012 and this issue will no more remain a barrier to the acceptance of the electoral results by whole Georgian society.

This year was exceptional as regards to the progress in the relations with the EU. Negotiation of the Association Agreement, Visa Facilitation agreement in force since the spring, decision on starting negotiations on Deep & Comprehensive free trade agreement (FTA) between the EU and Georgia. No less exciting was the support of Georgia’s European aspirations expressed by heads of EU member states during the Warsaw summit in November this year. The strongly supportive resolution by the European Parliament called to include in the Association Agreement clauses addressing Georgia’s commitments to continue the reform in the field of human rights (including labor rights) and the rule of law institutions with special emphasis on the further advancement of the field of justice. It makes me to note that ongoing negotiations is not a guarantee yet that Georgia may become a country “associated” with the EU without fulfilling all the conditions.

The Euro-Atlantic Council and the NATO-Georgia Commission that took place in November in Tbilisi also stressed in a joint statement the full support for Georgia’s NATO aspirations. Yet the same declaration “prescribes” the necessary actions to strengthen democratic reform is such areas as electoral environment, impartiality of courts, securing media freedoms to become a priority for the next Annual Action Plan and the condition for further advancement towards establishing of highest institutional relations with the alliance. NATO’s Chicago Summit, planned for May 2012, will certainly elaborate its decisions on Georgia, based on the progress shown by the country. All this, together with the frequent statements by the US Ambassador in Tbilisi appealing to the Government to make proper emphasis on the democratic reforms and institutions makes the issue of transparency of the upcoming parliamentary elections in 2012 even more pressing, as well as all other relevant fields of democratic institution building.

2011 was not an ordinary year for Georgia. But it is true that there have been no simple and quiet years for Georgia for a long time. Georgians usually wish to each other Peace first of all when celebrating a new year sitting together at the long table. This new year toasts will not bring any difference in this regards, but will the new year wishes materialize?.. This depends not on (or at least not only) the wish and a good will of Santa Claus (with all due respect…), but on the proper work that the government, civil society, political parties and wider public is ready to do next year to secure there own future.