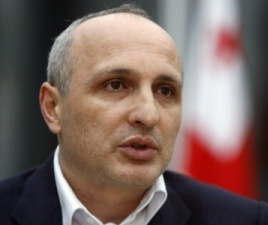 Former Interior Minister Vano Merabishvili says the accusations against him can not be taken seriously and refuses to comment. (IPN.)

TBILISI, DFWatch — A former Interior Minister who is accused of abuse of power says he is ready to answer all questions, but that the accusations against him can not be taken seriously.

The case broke a few days ago, when the Interior Ministry provided the prosecutor’s office with material regarding Vano Merabishvili, who served as interior minister for eight years. He may now face charges for abuse of power.

Sunday evening the former minister told Rustavi 2, a channel favorable to Saakashvili’s government, that the accusations against him can not be taken seriously, but beyond that, he doesn’t want to comment on this issue, as it is too vague.

Merabishvili, who now is general secretary of President Saakashvili’s National Movement party, says he doesn’t exclude that he may be detained, considering the latest events in the country.

“For nine years we never implemented legal persecution against any political opponent. I am ready to be held responsible and answer each question which society or the judiciary is interested in,” he said.