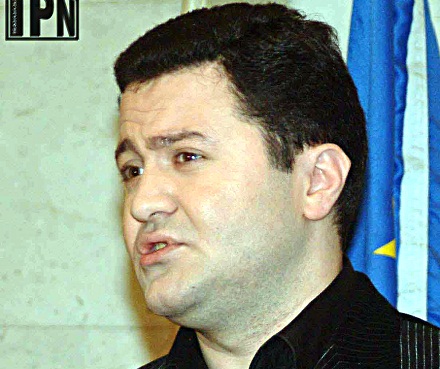 TBILISI, DFWatch–A message posted on Facebook allegedly by a former official who fled from Georgia after the October elections has triggered a massive outcry in the country.

The message purports to be written by Data Akhalaia, former head of Georgia’s domestic intelligence service, CSD/KUD, and will probably deal a blow to President Mikheil Saakashvili’s United National Movement party ahead of a planned rally.

The UNM has singled out April 19 as the start of a wave of protest against the policies of its arch-rival, the government formed by the Georgian Dream coalition.

The authenticity of the message, which probably belongs to a strongman of Saakashvili’s government, can not be verified, but it has caused strong reactions and a heated discussion in the country.

Data Akhalaia, who headed the CSD/KUD, or Kudi in Georgian, an omnipotent branch of the Ministry of Interior blamed for political repression of Saakashvili’s adversaries under the previous government, blames Vano Merabishvili, his former boss, for UNM’s loss in the election last year that actually put an end to Saakashvili’s nine-year reign.

Although Data Akhalaia’s lawyer Irakli Zakareishvili twice confirmed that this letter really was written by his client, family members and friends call it a fabrication.

Data Akhalaia, now in exile, according to several Georgian media in Turkey, and is wanted in Georgia for crimes involving battery of a police officer, is the elder brother of Bacho Akhalaia, the former defense minister who now is in jail going through several court hearings, and the son of Roland Akhalaia, a former prosecutor who now is member of parliament from the UNM.

Data Akhalaia’s Facebook message appeared Monday evening. In it, he states that ‘the National Movement fell victim of Vano Merabishvili’s fierce passion for power, self-interest and secret wars conducted in the dirtiest ways.’

Akhalaia, who was regarded as one of the most powerful strongmen of President Saakashvili, was said to have a tense relationship with Merabishvili, then Minister of Internal Affairs. Now, he writes that for the last seven months, he has been following events in Georgia from a distance.

“I strongly believe that if there was no Vano Merabishvili, despite its own mistakes, the United National Movement wouldn’t have been defeated in the election,” he writes.

The former Kudi official remembers a military operation followed by shooting nearby the Georgia-Dagestani border, the so-called Lapankuri Operation. He writes that the ‘adventure of Lapankuri’ was planned by Merabishvili as a way of hurting his brother Bacho Akhaliaa and he has evidence to support this.

He also claims that one of the cases for which Bacho Akhalaia is convicted and which is about torturing a soldier, was also planned by Merabishvili.

The appeal reads that Akhalaia plans to come to Georgia in the near future and answer questions.

Former Interior Minister Vano Merabishvili on Monday evening denied that the letter was genuine, but on Tuesday stated that regardless of whether it is truly Akhalaia who has written the letter or not, it is ‘absurd’ and doesn’t deserve a serious comment.

Meanwhile, the chief prosecutor said at a press conference Tuesday that if Data Akhalaia returns, he will be detained immediately.