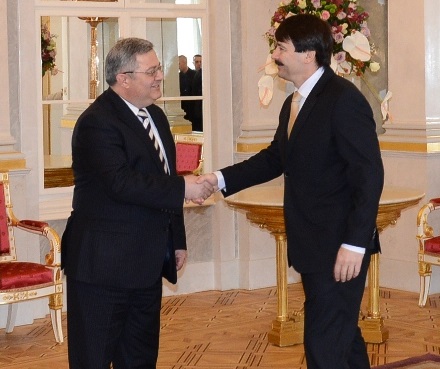 Usupashvili is in Hungary together with a Georgian delegation which arrived there after visiting Romania for a few days.

“We spoke about the economic potential which Georgia will obtain after signing the Association Agreement and trade agreement,” he said after the meeting.

The Speaker added that Hungary is interested in getting involved in projects which will start after Georgia signs the AA with EU, including energy supply, transport, flights and investments.

They also spoke about cultural and political relations. Hungary will allocate a scholarship for about fifty Georgian students to study at Hungarian universities.

“We can be beneficial to Hungary as well on the way to central Asia and other regions. Free and demilitarized South Caucasus – this is a very important strategic issue for Hungary and we will have their support on these issues,” he told journalists.