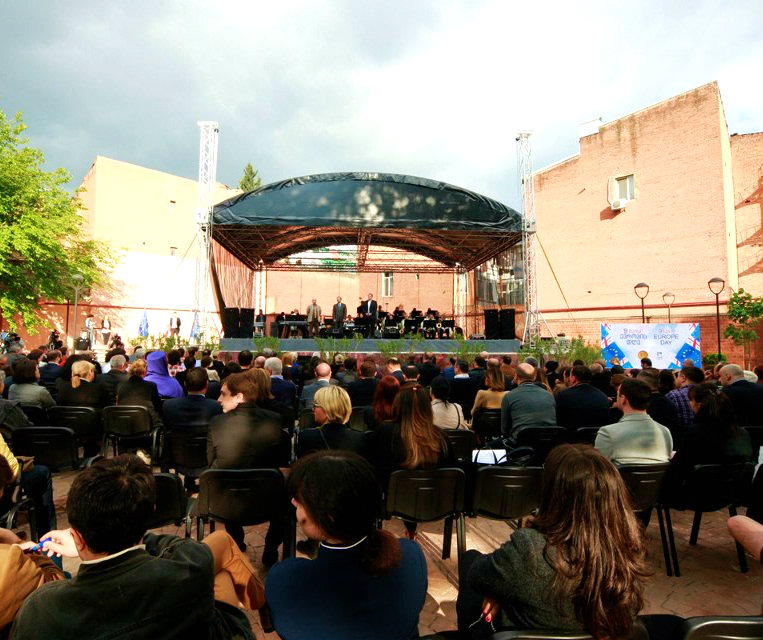 TBILISI, DFWatch–May 9, “EU Day” was observed in its member countries. Also in Georgia, which is not a member, the day was celebrated with cultural events.

A concert was held in Tbilisi by the initiative of the mayor. Diplomats and national minorities, as well as representatives of local and international organizations attended the event.

There was an exhibition of well-known Georgian photographers Guram Tsibakhashvili, Yury Mechitov and Nestan Mamatsashvili. The topic of the exhibition was European countries.

Georgia has officially declared a goal to become member of the EU. November 14 of 2006 five-year action plan EU-Georgia was adopted within frames of European Neighborhood Policy.

From March 1 of 2011 new rules came to force of an agreement of Georgia-EU about simplifying visa rules.

A poll published in January 2013 by Caucasus Research Resource Centers, a program of Eurasia Partnership Foundation and financed by the EU itself, showed that 88% of Georgians wanted membership in the union.

Although not a member country, public offices in Georgia have for years proudly displayed the EU flag, and one in ten Georgians believe that their country already is a member of the EU.