eTransparency in the Government of Georgia

eTransparency in the Government of Georgia 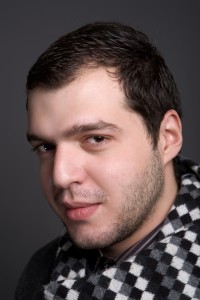 Constantine Janjghava is project coordinator at the Institute for Development of Freedom of Information.

From 2009 to 2011, the Institute for Development of Freedom of Information (IDFI) carried out the first and so far only survey of eTransparency in Georgia, monitoring some 100 web pages of different public authorities in Georgia, writes Constantine Janjghava, project coordinator at the IDFI.

Here is a brief description of tendencies revealed in the project, which is called “Auditing of Official Web-Sites of Executive Authorities (Ministries) of Georgia”.

First of all, it’s worth mentioning that public authorities in Georgia show a progressive tendency for creating their official web pages, notwithstanding the fact that there is no unified legal regulation obliging them to have official web pages. In case of reorganization or creation of a new public authority – whether it’s ministries or underlying agencies – under the existing legislation, official web pages are quickly created and launched on the Internet by their web administrators on a short term basis.

Hence, the main problem in Georgia regarding eTransparency is not the fact that there are no official web pages of public authorities, but the lack of a unified standard or scheme for proactive disclosure of public information held by public authorities.

While the entity of public authorities existing under the system of Ministries of Justice and the Ministry of Finances of Georgia show the best eTransparency rate in Georgia with relatively standardized and abundant proactively published information, the aforementioned rate unfortunately does not exceed an average of 25% (highest point 44% in case of the official web page of the National Bureau of Enforcement) of the minimal standard of public information to be proactively published elaborated on the basis of studies implemented by IDFI.

The overall significant negative tendency of proactive disclosure of public information in Georgia can be nominally divided into two interconnected categories: the failure of updating information and the failure of archiving out-of-date information. The interested user in most cases can find outdated databases of legal acts, information on programs or projects implemented, information concerning state procurements and vacancies etc., there is a significant number of cases where information on structure or even the news archive is found to be obsolete on various web pages of government bodies. On the contrary, in different cases the information on activities of public authority maintains only the status of current news, while the information older than two or three years can be irreversibly removed from web sites by the authorities. Therefore, IDFI deems one of the most important issues the specific regulation of updating and archiving of public information to be proactively published in future perspective of legal regulation of eTransparency issues in Georgia.

The studies also revealed that there is the tendency of presenting the reports on authorities’ activities in the form of annual reports but no tendency of quarterly reporting by means of web-pages. The aforementioned can also be applied to statistical information and information concerning financing and expenses presented on the minority of web-pages. Hence, the interested users have to wait for the end of the year to find out information on different activities of the authority implemented in specific quarter in the form of report. The practice of quarterly reporting is neither presented with regard to information on participation in state programs and projects.

When talking about positive tendencies in the field of eTransparency of the executive branch of Government in Georgia, those tendencies can be traced in different directions. First of all, the process of creation and the fact of existence of official web pages of the majority of government agencies emphasizes the desire of the Georgian Government to use Internet as a tool of information disclosure and means of communication with society. On the other hand, the willingness to improve the transparency rate of official web pages can be based on readiness for cooperation expressed by most public authorities during the process of implementation of monitoring by IDFI. The Ministry of Justice, National Bureau of Enforcement, the Ministry of Environment Protection, National Environmental Agency, State Procurement Agency, Enterprise Management Agency, Ministry of Finance, Financial Analytical Service, Georgian Revenue Service, National Statistics Office etc. – this is an incomplete list of government bodies which cooperated at various stages of IDFI’s monitoring in order to improve the transparency rate of their official web pages. It is also worth mentioning that the number of other public authorities before receiving the recommendations from IDFI also showed a positive tendency in finding ways of improvement of their eTransparency environment on their own.

Our purpose was to show general objective tendencies of proactive disclosure by government bodies in Georgia, tendencies which we think emphasize the need for standardization procedures and legal regulation. But in no way may this study be taken as an indicator for the degree of deliberate unwillingness of government bodies to publish any piece of public information on their web pages. The only negative factor is the urgent need for adoption of a unified legal act to regulate the proactive disclosure of public information for government bodies in Georgia.