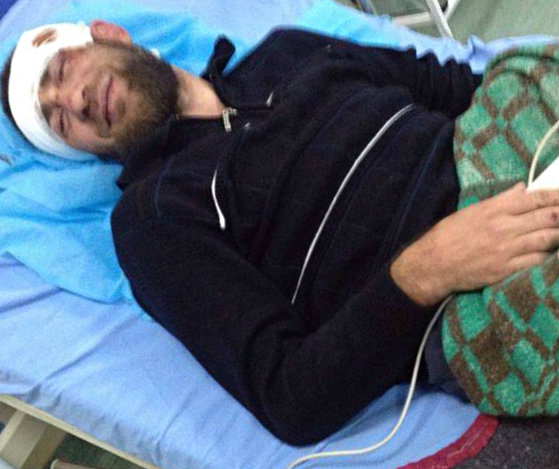 TBILISI, DFWatch–A street fight with ethnic overtones in eastern Georgia on Sunday led to people being hospitalized and several people were detained.

The scuffle took place in the town Akhmeta, between local Georgians and Kist, who are a subgroup of Chechens with historic roots in Pankisi Gorge in the vicinity of Akhmeta and close to the border with Chechnya.

Information Center of Kakheti on Sunday reported that ethnic Kist civic activist Jokola Achishvili was beaten and suffered head injuries. He was taken to the hospital in Telavi, a city in the Kakheti region.

Achishvili claims that he hadn’t been part of the scuffle but he still was beaten.

The fight began when the brothers Ruslan and Beslan Alkhanashvili, who according to ICK are Georgian Dream members, beat Nodar Chichiashvili, who was also taken to hospital. The beating of Chichiashvili was followed by a scuffle between the relatives of the victim and the attackers. Locals said Chichiashvili had a several years old debt to the Alkhanashvili brothers for damaging a car.

But some see a political background, because Chichiashvili is a National Movement activist.

ICK writes that the police detained the brothers, who are friends of MP Zurab Zviadauri, a majoritarian for Georgian Dream in Akhmeta, and the brothers were released as soon as the brother of Zviadauri came to the police department. The Interior Ministry denies this.

A ministry spokesperson told DF Watch that the brothers were not detained, but some people were questioned in the course of the investigation. No-one was detained and an investigation was launched on the basis of section 125 of the Criminal Code about beating.

When asked whether Zviadauri or his brother was present at the police station, the Interior Ministry categorically denies this and says that Zviadauri is not connected to this case at all.

“He hasn’t appeared at the police, he hasn’t called and has no connection to this topic at all,” they told us.

After Chichiashivli’s beating, the incident turned into a scuffle between ethnic groups. One more man was injured in the scuffle, Vano Davitashvili, and required an operation. There were reports that special unit employees were called in order to dissolve the scuffle, but the Interior Ministry denies this as well.

Two separate investigations are launched for beating, for the first scuffle, victim of which was Chichiashvili, and for hooliganism, the scuffle during which Davitashvili and Achishvili were injured. No-one was detained in the first case, the Interior Ministry claims, while four are detained for the second scuffle.